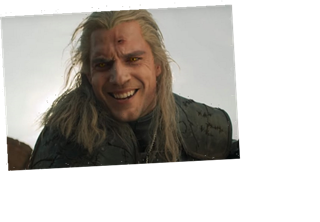 Netflix dropped a montage Saturday of Henry Cavill’s Geralt of Rivia fighting horrifying creatures in “The Witcher,” mostly in Season 1 but with a quick look at some big bads coming in the show’s second season.

In the video, which you can view above, “Monster Mash” plays — because it’s Halloween, naturally — while Geralt’s greatest monster-fighting hits roll. Around the 0:15 mark you’ll get your first glimpse of a multi-legged creature that we don’t want to get anywhere near. And at the 0:30 stamp you’ll see some kind of being made up of three skeletons — yikes.

“The Witcher” Season 2 resumed production in the U.K. in August, after being shut down in March due to the pandemic. No premiere date has been set for the second season yet, though when it was ordered last November — one month ahead of “The Witcher’s” series launch — Netflix slated the second installment for a 2021 debut.

Here’s the official logline for Season 2 of “The Witcher”: “Convinced Yennefer’s life was lost at the Battle of Sodden, Geralt of Rivia brings Princess Cirilla to the safest place he knows, his childhood home of Kaer Morhen. While the Continent’s kings, elves, humans and demons strive for supremacy outside its walls, he must protect the girl from something far more dangerous: the mysterious power she possesses inside.”