My deer-est friends! The woman who shares a special bond with two fawns she rescued as newborns

When she found Eliza the abandoned newborn red deer, Eleanor Hervey-Bathurst knew just what to do.

For she had already rescued another fawn, Inchy, and nursed him to health.

So giving round-the-clock feeds and plenty of attention was nothing new.

Fallow deer Inchy, now eight, has even helped the solicitor nurture Eliza, who was born over the Platinum Jubilee weekend last month and was ‘in a bad way’. 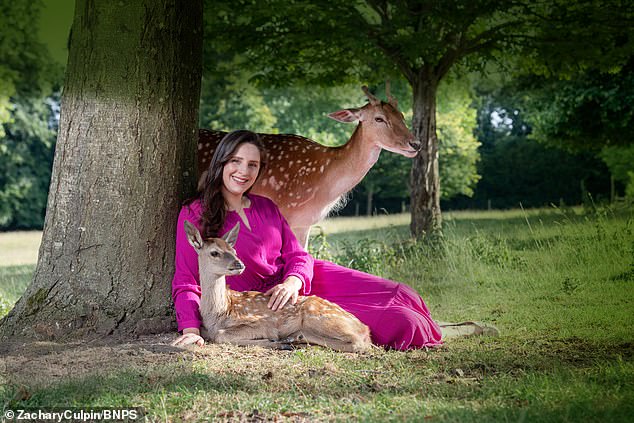 Eliza’s mother was looking for her but not recognising her.

‘I tried to let them reconnect but it became obvious she wasn’t feeding her and wasn’t protecting her from other deer because when I came back to check on her again she was bleeding with a wound on her back,’ Miss Hervey-Bathurst, 26, said.

‘She was quite close to dead. I spoke to the vet and they said if we didn’t do something, she would die.

‘They are meant to feed every four hours and she had gone about 24 hours without feeding.’ 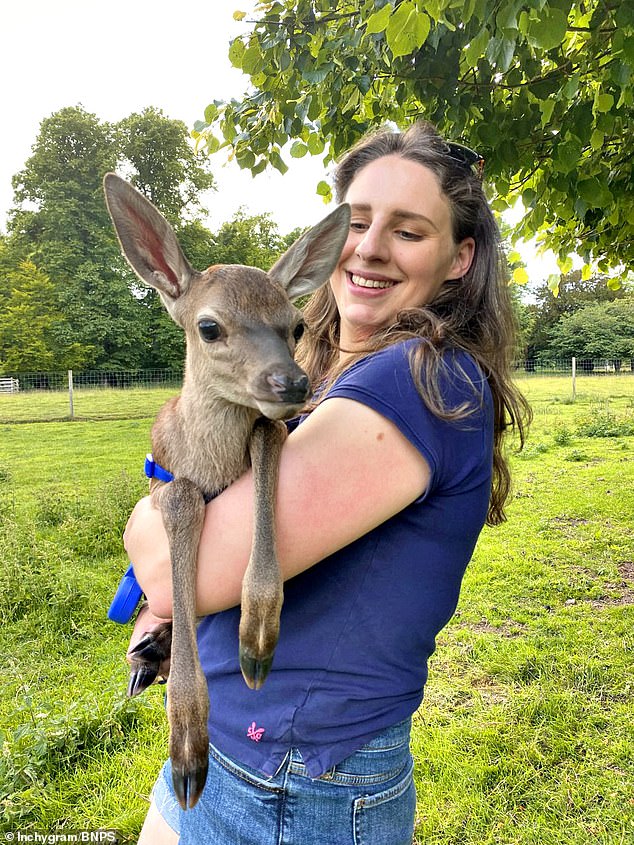 Miss Hervey-Bathurst decided not to name the fawn at first because she feared it wouldn’t survive.

Feeding was a struggle as Eliza hadn’t learned to suckle and each bottle of milk took an hour to administer.

‘For the first few weeks it was hectic, as I was commuting to London for work and having to fit in the feeds around that,’ she added.

‘I couldn’t have done it without our amazing neighbours, who offered to help. She definitely wouldn’t be here without them. Their little girl, Annabelle, is eight and she calls herself Eliza’s sister.’

Both Eliza, who is now five weeks old, and eight-year-old Inchy – who was removed from his herd as a fawn when an adult deer attacked him – enjoy nuzzling their saviour and have grown comfortable in each other’s company as a result.

‘She’s infatuated with Inchy. The first day I let her out with the deer without me he looked after her the whole day. They go for little walks together,’ said Miss Hervey-Bathurst, who lives near Basingstoke.

‘It’s a bit like having an older dog and a puppy. Even when he’s annoyed by Eliza, he tolerates her. He has the sweetest temperament – he’s the sweetest soul. 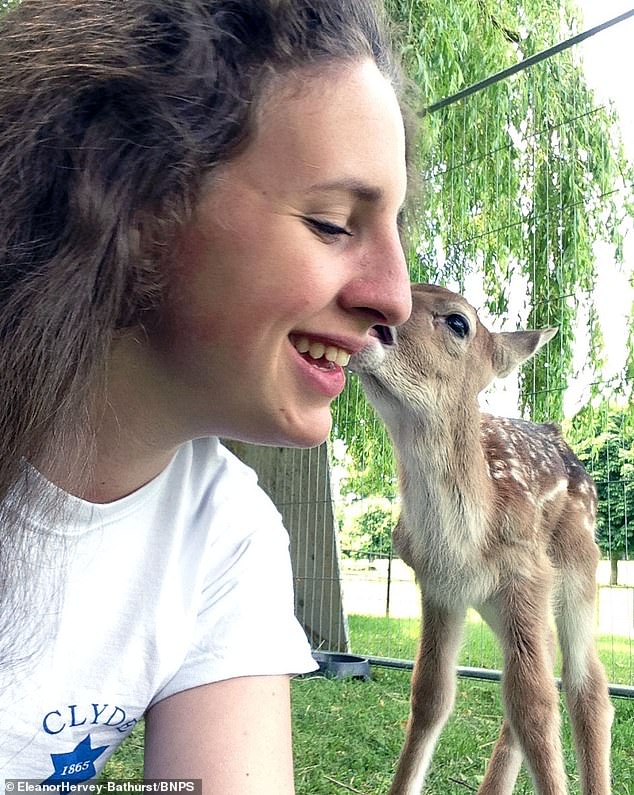 ‘She has also been playing with the fallow babies, which is really sweet to watch.’

For now, Eliza only joins the fallow herd on the estate. She is down to just two bottle feeds a day and is sleeping in her own enclosure until she is weaned and ready to be reintegrated with her own herd in about two months.

‘By the time I rescued her, she had done a day and a night with deer, so she had a natural bond with them, whereas Inchy I rescued within 20 minutes of being born, so he has imprinted on humans,’ added Miss Hervey-Bathurst, who puts updates about both deer on her Instagram account, @inchygram.

‘The goal is eventually to return her to her own herd. She will always be tame and come running back to us though.’