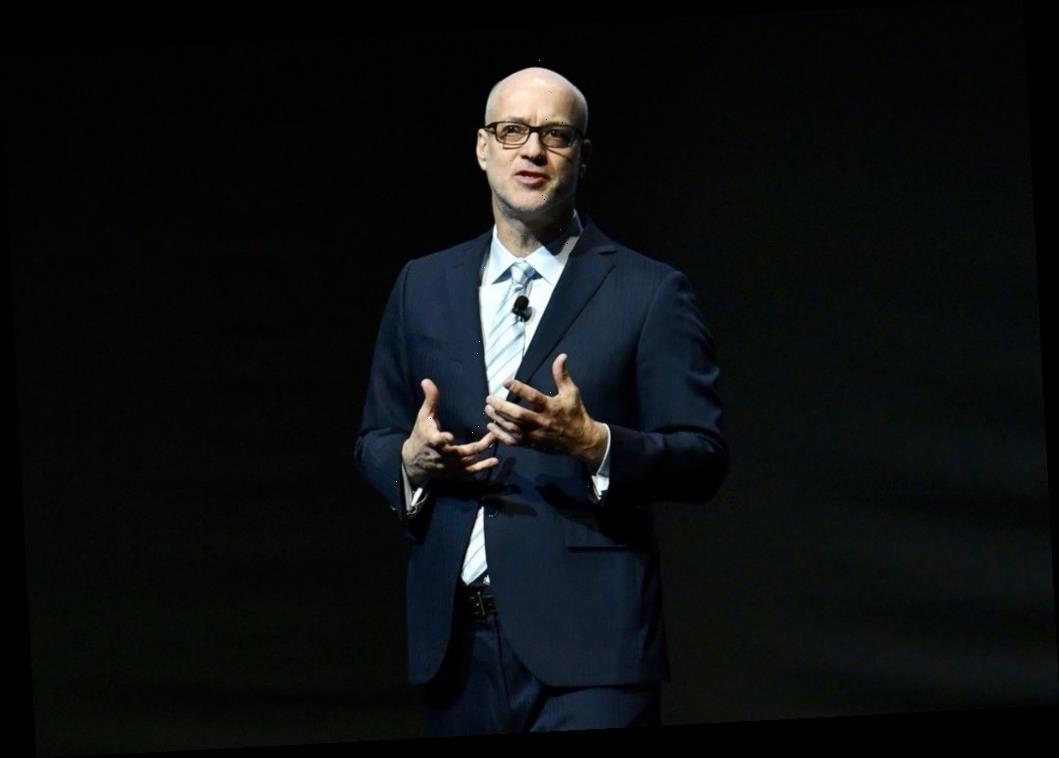 Despite Senate Democrats blocking the near $2 trillion stimulus package intended to rescue the U.S. economy during the coronavirus crisis, National Association of Theatre Owners chief John Fithian is “hopeful” that a bipartisan compromise will be reached in the near future.

“They’re not at an impasse,” said Fithian speaking to Deadline tonight, “This is just part of the democratic process.”

“It’s going to be a long night. We’re working like crazy. I’m hopeful that we find a bipartisan compromise tonight, but a compromise that doesn’t kill the things that keep our businesses alive. That’s what we’re fighting for: That there is a movie industry alive at the end of this crisis, and to re-employ our folks,” said the NATO chief.

“We’re at the ten-yard line right now, hopefully in the next few hours, they’ll produce a solution,” he added.

Passage of the stimulus package in the Senate would provide great hope for U.S. exhibition which has been forced to shutdown out of safety concerns until early June, hopefully not longer than that. Currently, theaters, from big to small, are saddled with fixed costs like rent, utilities, taxes and the inability to pay their employees, as they’re bringing in $0 income. Other businesses during this time, such as airlines and restaurants, even though their sales may have dropped, continue to make some modicum of money with the latter remaining in operation with take-out and delivery.

Fithian is confident that exhibition will be served by the stimulus package. “We’re a distressed industry, we’re one of the few getting $0 revenues,” he said. The package is poised to accomplish three points according to the NATO boss: Helping furloughed employees in the short term, helping the health system so the virus doesn’t last longer, but also when the virus simmers down, that companies, in particular exhibition, will continue to be alive so employees can return to work.

The latter is particularly important to NATO, “because the worst thing is that entire industries crumble when this crisis is over in June or July. Currently the debate between Republicans and Democrats is the allocation of money between all three points, with the latter wanting to put more money toward furloughed employees,” says Fithian.

The question remains who will benefit more here: big circuit exhibition or small?

The Trump administration has frowned upon those companies that have used their corporate tax cuts in favor of stock buybacks. At the end of February, AMC announced a $200M stock-repurchase, though it’s unclear if the circuit ever initiated that in the wake of its recent shutdown which could last 12 weeks.

Said Fithian, “If Congress needs to put restrictions on these loan guarantees in order to get one, that’s fine as long as the restrictions is something we can live with and not go bankrupt. So if they need to restrict stock buybacks, that’s fine. If they need to restrict executive compensation, that’s fine. If they impose burdens on the loan guarantees that substantially drive up our costs and make it so we can go bankrupt anyway, that’s not fine. So, it remains to be seen what the compromise is, but yes, literally any loan guarantee that keeps us viable will take restrictions that don’t prevent us from being viable.”

Another important factor in the rescue plan here is “if Congress requires to have all those employees on our payroll throughout the crisis, we will go bankrupt even with the loan guarantees. If you’re a business that doesn’t have a single penny coming in, you can’t keep your fixed costs at the same level as when you were operating. If you’re not getting money, you can’t keep paying it out. Across the board, we cannot keep paying all these 150K employees for months, when we’re not getting revenue from them at all, we’re counting on the federal government through direct payments and through unemployment compensation. But if the loan guarantees say we have to keep everyone on payroll, the loans won’t matter, we’ll go bankrupt,” added Fithian.

But is there a provision with these loans that the Treasury would take an equity stake in these businesses?

“No, there’s been some discussion of that, we haven’t seen that in any legislative drafts,” said Fithian, “I know there’s been a lot of talk about that.”

And with China about to turn the lights back on at theaters as early as March 26 or 28 with a gradual opening of its exhibition structure with catalog titles, why aren’t they encountering the same hardships as U.S. theaters?

Unlike U.S. exhibition, they’re not facing a complete wipeout.

“Several of the biggest exhibition chains are owned by the government. China Film Group and Shanghai Film, which are the two of the biggest exhibitors in China, are government-owned.  The other two companies like Wanda and Dadi are not fully government owned, but they have more support and backing from their government than we do here. It’s just a difference of economic systems. We’re entirely a free enterprise system and China is not,” explained Fithian.

“We happen to like our free enterprise system here and believe in it, but when there’s an absolute crisis that’s not caused by the industry, like a pandemic, and an industry has to take action quickly for the sake of the country, like we did, that’s when the government has to step in and help us. The normal financing in a free enterprise system is profits, and we’re fine with that in normal times. The free enterprise that creates profits by running movie theaters works 98% of the time. The only time it doesn’t work is when something as calamitous as a pandemic means you can’t operate. That’s when the government has to step in, and the reason why the government in China didn’t step in (for exhibition) is because they were already in,” expounded the NATO boss.

Also China is a good case study for U.S. exhibition when it’s time to get back up and running. By the time the big Chinese local films and Hollywood studio pics open (that have already been cleared like 1917, Sonic the Hedgehog, etc), it will be 90 days by mid-April, which is roughly the amount of time U.S. theaters are hoping to be down, that is if we can flatten the coronavirus curve.

Fithian has said that he’s received an outpouring of support from film directors like Christopher Nolan, Jon M. Chu, Paul Feig, studio bosses and exhibitors big and small in raising their voices to lawmakers about the preservation of movie theaters.

The theatrical business is a $15 billion one spurred by ticket sales and concessions, and should theaters survive this drought per Fithian then “by CinemaCon 2021, we’re going to be celebrating the greatest resurgence in the industry’s history as people just flock out of their homes to go back to the movies.”