'This Is Disastrous': How the Vinyl Industry is Responding to the Apollo Masters Fire 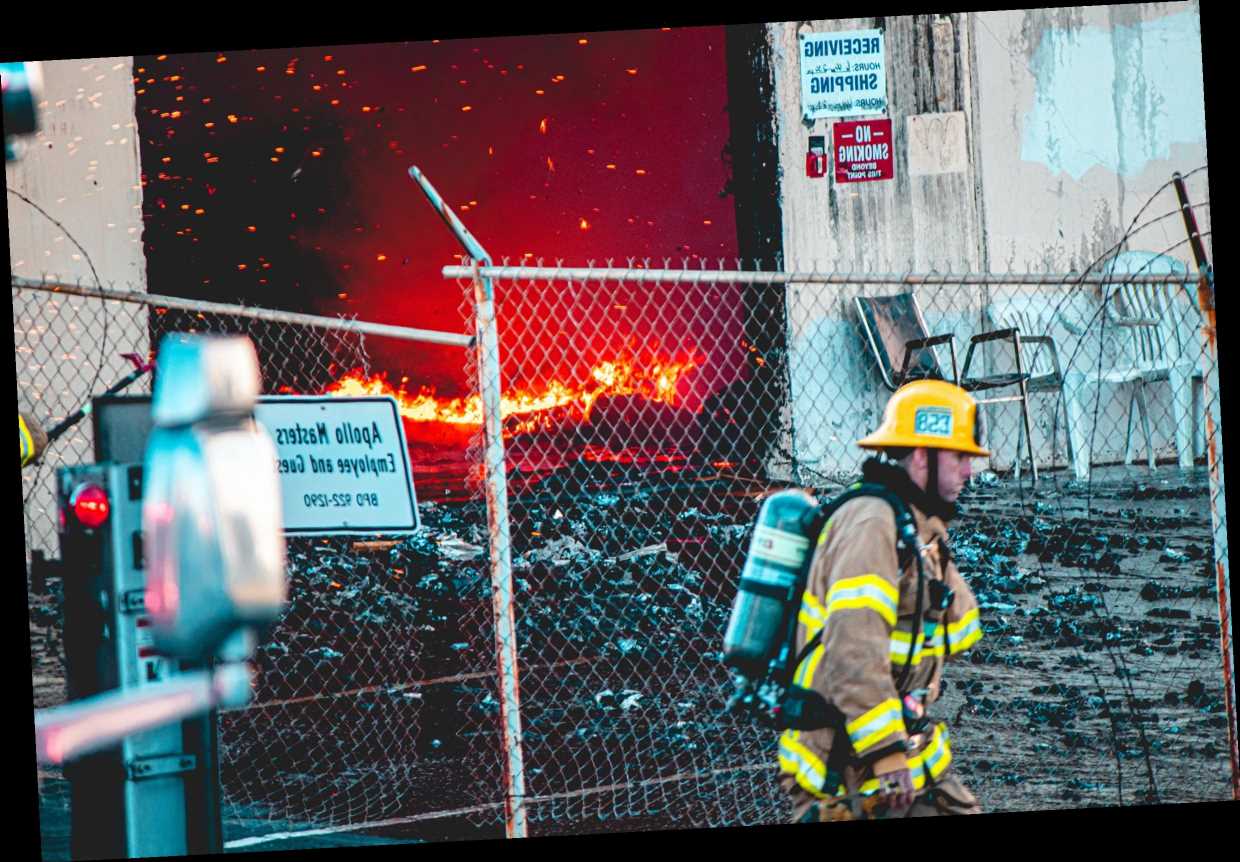 The day that everyone in the vinyl manufacturing world has been worried about for years finally arrived. Earlier this month, Apollo Masters Corp., one of the two places in the world that produce the lacquer discs needed to assemble master plates for pressing records, nearly burned down. The blaze reportedly took 82 firefighters and three hours to extinguish. No one was harmed, but the fire obliterated the Banning, California facility responsible for, by most estimates, 70 to 85 percent of the lacquer plates used in vinyl production. There is now just one such factory in the world capable of producing that crucial item, MDC in Japan, leaving the global supply of vinyl in peril.

“We’ve all been worried about this, we’ve had meetings about it within the industry,” says Cash Carter, Chief Operating Officer at Kindercore Vinyl Pressing in Athens, Georgia. “We’ve gotten together with all the other pressing plants, lacquer cutters, everybody, and been like, ‘What happens if MDC or Apollo goes away? We’re all fucked.’ We were dreading that day, but not thinking it would actually happen — that before anything disastrous happened, someone would come in and fix what needed to be fixed… Now, is the sky falling? No. But this is disastrous. I think there are going to be pressing plants that close because of this … We’ve been saying we need to fix this for years, now we actually need to fix this.”

The vinyl manufacturing community is tight-knit, and within hours of the Apollo fire, phones were ringing in pressing and lacquer-cutting plants around the country as people scrambled to reassure clients and reconsider their production schedules for the next few months. There’s also been plenty of talk about what must happen next. No specific details have been announced yet, but there are plans in motion to fill the critical void Apollo has left, according to multiple people in the industry.

But amidst the sorrow, chaos, confusion and uncertainty of the past few weeks, there’s a cautious hope driving the people in one of music’s most resilient corners. “It’s a devastating blow, because it’s part of the family,” Sean Rutowski of New Jersey’s Independent Record Pressing, says of Apollo. “If a plant went down, I would say the same thing. But I’m actually optimistic in the long-term future. I think this is going to be a storm we have to weather.”

The physical production of vinyl begins with the kind of blank lacquer disc Apollo produced: A heavily polished aluminum plate coated in a solution similar to nail polish that’s soft enough to be cut. Lacquers are shipped to cutters, who cut the audio grooves into the lacquer and use it to make a “master” plate, which is then used to make the stampers that are sent to pressing plants where they’re used to finally produce a vinyl disc. (A more in-depth breakdown of the entire process is available via Virginia’s Furnace Record Pressing.)

As such, the loss of Apollo will have repercussions up and down the vinyl supply chain. But it’s the cutters who will feel the most direct hit. Welcome to 1979, a Nashville recording, mastering and cutting studio, gets most of its lacquers for 12-inch LPs from MDC, but relied on Apollo for seven-inch lacquers. Yoli Mara, who co-founded the company with her husband, Chris, says they have enough lacquers to last a few months, but they’ve already told clients that they won’t be cutting reference lacquers in order to conserve stock.

“The main concern is figuring out how you’re going to prioritize your customers and what you’re going to cut,” Mara says. “I don’t think any of us are used to saying no to new business. That’s going to be the hard part. Fortunately, a lot of cutters also do mastering and other work, so hopefully there’s a number of people who, even if they’re unable to cut for a few months, will have enough income to make it through.”

It also remains to be seen how the loss of Apollo will impact MDC. The company has a much smaller clientele list than Apollo and it’s expected to keep supplying lacquers to them as usual. But any hitch in its own production line could wreak even more havoc, to say nothing of potential supply pinches that could happen if businesses in North America or Europe, left in the lurch by the Apollo loss, start reaching out for spare discs. (Attempts to reach MDC were unsuccessful.)

“All of the work for the past several years is going to go down the drain if we don’t solve this problem immediately.”

There is one obvious, though somewhat controversial, short-term solution: another audio mastering technique called direct metal mastering (DMM), a process that requires a very specific and rare type of cutting head that many in the industry say produces higher frequencies. DMM doesn’t have the best reputation in the vinyl world: “We’ve all been talking shit about DMM for years, just because the way it’s being done now,” Carter admits with a laugh. “But it can be done well, and it can be done right.”

But Chris Muth, a former recording studio technical director, lathe expert and all-around vinyl guru, notes that these are misconceptions, and that “DMM” itself is a misnomer (the process, which was created and trademarked by Teldec, technically ceased to exist when Teldec went out of business). What people refer to as DMM is actually cutting into copper instead of lacquer, and Muth says this process can produce excellent-sounding vinyl. But, he adds, the machines need to be in excellent condition and must be operated diligently. Many plants cutting to copper now don’t meet those standards.

The fear, Muth says, is that the Apollo fire will prompt labels to jump ship and take their cutting needs to these so-called DMM plants, most of which are in Europe.

“The immediate danger to the North American pressing business is that there are companies overseas who can make records right now,” Muth says. “It would be very easy for a record company to say, ‘Well, we need 2 million records pressed right now, so we’ll go overseas.’ It’s been hard-fought to acquire these clients and keep them in America because our costs are higher than they are in Eastern Europe. All of the work for the past several years is going to go down the drain if we don’t solve this problem immediately.”

Even before the Apollo fire, there were rumblings about people trying to step into the lacquer world to fix the obvious problem of only having two manufacturers in the game. Now those conversations have accelerated. Muth, a vinyl world yenta who knows everyone, already has several trips scheduled over the next few weeks to meet with people aiming to get a new lacquer plant running soon. Another source in the vinyl world, who requested anonymity, said they can “100 percent confirm” that a manufacturer is ramping up production within the year, or even as soon as six months.

What kind of role Apollo will have, if any, in a new lacquer plant remains to be seen as well. It could sell its chemical formula, or be involved in whatever new factory emerges. But following the fire, the company posted a note on its website that read, “We are uncertain of our future at this point and are evaluating options as we try to work through this difficult time.” Terry Carlson, Apollo’s co-owner, did not return Rolling Stone’s request for comment.

“This is an opportunity for people to see that records are a craft item made by people, and we need to support those people right now.”

“On the internet, you’ll see people tweeting, ‘This is easy: just buy a coating machine, put a bunch of nail polish in it, coat some discs and you’re making lacquers!’” Muth says. “Anybody who knows what they’re talking about wouldn’t say that. It took Terry Carlson years and amazing amounts of money to develop the system — to acquire the old tools, rebuild them and turn that into North America’s only lacquer producing company.”

Because making lacquers is a chemical-based process, there will be plenty of permits to fill out and environmental regulations to meet. It’s also far from the sexiest part of the vinyl-making process, and it doesn’t exactly produce massive profits. Then there’s the investment capital it will take to get a new plant off the ground. But because the need for lacquer discs is so dire, Jessa Zapor-Gray — another vinyl expert who helps bands and labels produce specialty releases — says the vinyl community will rally around the right project.

“It’s going to be presses, they will absolutely put money towards something as soon as they can see that there’s a solution,” Zapor-Gray says. “And it’s going to be the people with money who like vinyl — and they exist, thank God!”

There’s plenty of reason to trust the collective problem-solving prowess of this community. Vinyl manufacturers at every level have successfully helped revive an all-but dead physical format in the digital age — and they’ve done so using machinery that hasn’t been updated since the Sixties. Though that’s plenty of reason to hope, that doesn’t negate the fact that the next few months will be trying for many.

“Not all records are created the same, and not all people making them are doing it the same,” Zapor-Gray says. “Record labels aren’t affected by this. Record labels are freaking out, but they’ll figure out a way around it. The people who are affected by this are individual, self-employed mastering engineers and cutters and presses. This is an opportunity for people to see that records are a craft item made by people, and we need to support those people right now.”