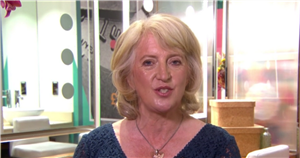 Viewers were left stunned on Thursday when This Morning invited a Princess Diana lookalike on the show to share how she would have looked on her 60th birthday.

Fans of the show, who saw Gok Wan shave his head in support of his relative with cancer, were left gobsmacked when Phillip Schofield interviewed Nikki Lilly who shared a striking resemblance to the late Princess of Wales while she was alive.

As the show celebrated Diana’s 60th birthday ahead of the statue unveiling that afternoon, the team shared snaps of her as a young mother to her two boys with pictures of her doppelgänger Nikki at various events.

Phillip, 59, asked the royal impersonator about her job as a lookalike performer.

He said: “So I suppose really this is perhaps a little bit of an insight into what the Princess might have looked like.

“You’re pretty much the exact same age she would have been. But for you, I suppose, doing that job was special?”

It was hard not to notice the similarities between the blonde bombshells as Nikki shared some of the public interactions she had with royal fans back in the day.

As she recalled her fond memories working in the industry, Nikki replied: “Yes I used to do lots of fun things.

“It was a wonderful thing working as a lookalike. When I was in the supermarket, some people would come up to me in tears, saying, ‘I’m so sorry about Charles.’

“I was thinking, ‘I’m sure Diana doesn’t push her own supermarket trolly’, but still.”

However, the interview left fans divided over the royal segment with some finding it inappropriate to have the Diana double model the fashion range on the show.

One user wrote: “The Diana lookalike doing the fashion item. How vulgar.”

Another agreed: “Jesus. Who thought up this fashion section of what Diana would be wearing if she was still alive. It’s just bloody weird #thismorning.”

A third chimed: “I think this is the worst fashion segment #ThisMorning has ever done. Guessing what Diana might have been wearing today is goulish.”

A final viewer mused: “Is it just me that thinks doing a segment on what Diana might have worn had she lived & not been tragically killed, is in poor taste?? #thismorning.”

This Morning airs on weekdays on ITV from 10:30am