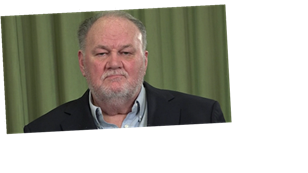 Meghan Markle's estranged father Thomas Markle appeared on Tuesday's edition of Good Morning Britain to give his first interview in response to the Duke and Duchess of Sussex's chat with Oprah Winfrey.

Thomas, 76, spoke to hosts Piers Morgan and Susanna Reid on the ITV breakfast show less than 24 hours after the interview aired in the UK.

In a previous unaired clip from her and Prince Harry's chat with Oprah, Meghan, 39, said her father "betrayed" her by talking to the press.

The former actress, who was speaking for the first time about her rift with her father, told the TV host it was difficult to use the word for the fraught relationship with her father and that she was unsure talking about it.

Sharing his reaction with Piers and Susanna this morning, Thomas said: "The last time we spoke we texted each other.

"I was in a hopsital bed after hospital and I had to tell them I couldn't come to the wedding.

"Harry said 'if you had listen to me this wouldn't have happened to you'.

"Me lying in a hospital bed after a procedure felt that was kind of snotty and I put the phone down on him and thats the last conversation we had."

Meghan revealed to Oprah in the interview that she was left suicidal and palace staff ignored pleas for help after seizing her keys and passport.

She went on to share that while in the royal family she had “methodical” thoughts about taking her own life, but that when she approached senior officials to get help she was told it would not be good optics.

The Duchess of Sussex explained that the royal family had taken her passport, her keys and her driving license when she married Harry, and she felt she could not get help on her own.

Meghan claimed that she then reached out to a friend of the late Princess Diana’s to talk to.

In response to his daughter opening up about her mental health, Thomas said: "Obviously Harry not supported her that well."

He continued: "She's ghosted members of family on both sides, my side and her mums, and we would have been there for her.

"It really did upset me. It would have been easy to reach out or other members of her family."

In her chat with Oprah, Meghan also touched on allegations made by her half sister Samantha Markle, who published a self-described “tell all book” on the her.

She said to Ms Winfrey that it would be "very hard to tell all when you don't know me”, and that two women had not spoken in years.

Good Morning Britain airs weekdays on ITV at 6am