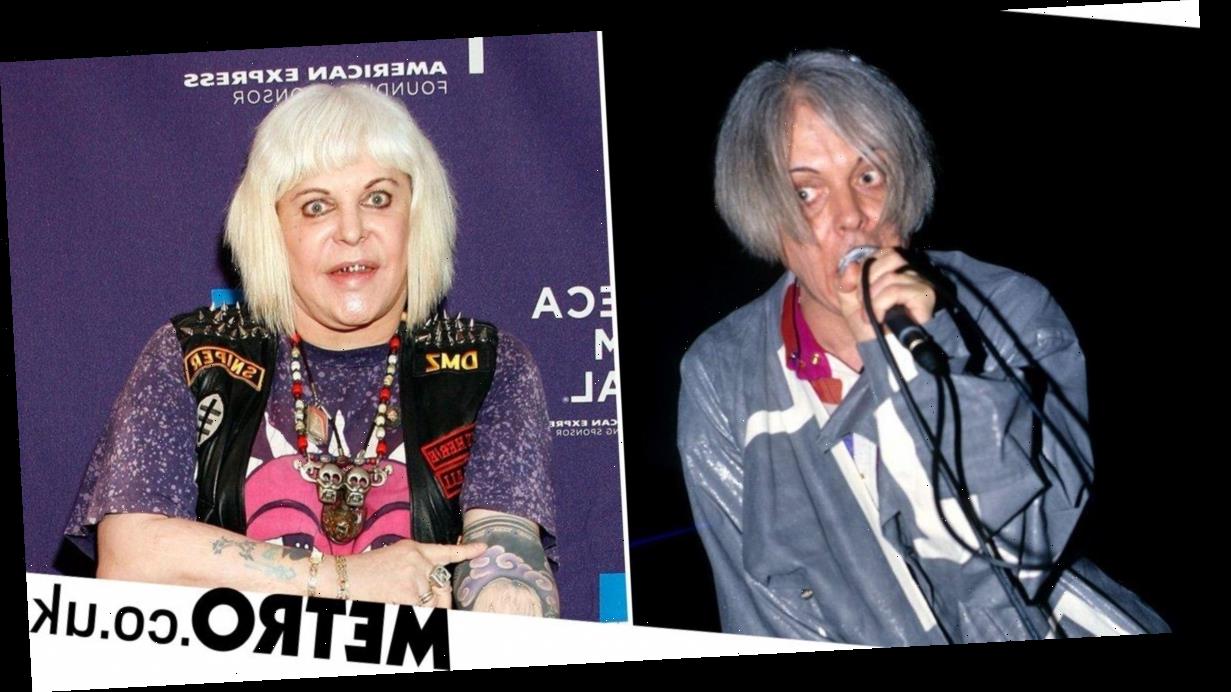 The news was confirmed by the Dais Records co-founder Ryan Martin on social media, Saturday evening.

On their Facebook page, he shared a statement from the star’s daughters Genesse and Caresse, who announced that the singer had passed away on the morning of 14 March.

‘Rest in peace Genesis,’ the post read: ‘For Dais, you really were the start of it all. Friend, inspiration, and legend. Love you forever. The following is from Caresse and Genesse P-Orridge.’

‘It is with very heavy hearts that we announce thee passing of our beloved father, Genesis Breyer P-Orridge.

‘S/he had been battling leukemia for two and a half years and dropped he/r body early this morning, Saturday March 14th, 2020.

‘S/he will be laid to rest with h/er other half, Jaqueline “Lady Jaye” Breyer who left us in 2007, where they will be re-united.’

‘Thank you for your love and support and for respecting our privacy as we are grieving,’ they added before signing off: ‘Caresse & Genesse P-Orridge.’

P-Orridge identified as third gender and used the pronouns s/he and he/r.

The artist was helmed as the ‘godparent of industrial music,’ and worked alongside the likes of Chris Carter and Cosey Fanni Tutti in Throbbing Gristle.

After the band split in 1981, s/he then turned he/r attention to the video art and music project Psychic TV, as well as Thee Temple ov Psychick Youth.