During today’s Sunday Brunch, hosts Simon Rimmer and Tim Lovejoy invited guests Katherine Parkinson, Rick Edwards, Nish Kumar and James Arthur to the Channel 4 programme. Things didn’t get off to the best of starts after Nish and Rick lightheartedly clashed over football. Later on in the show while Simon was doing a cooking demonstration, Tim hosted a Mastermind-style quiz for their guests. However, the segment soon descended into chaos as Tim failed to read out the questions.

Before Tim could even ask Katherine her set of questions, Rick interrupted by asking Simon about cooking sun-blushed tomatoes.

“Keep going so I don’t have to do my questions,” Katherine chipped in. “Keep talking about tomatoes.”

Tim continued: “Right Katherine, your chosen subject is you.”

She replied: “Not because I’m a narcissist it’s genuinely what I’ll do best at.” 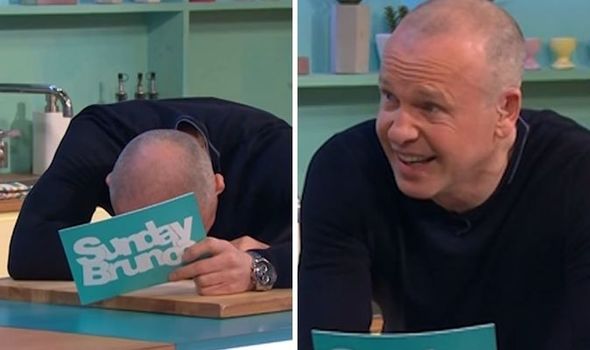 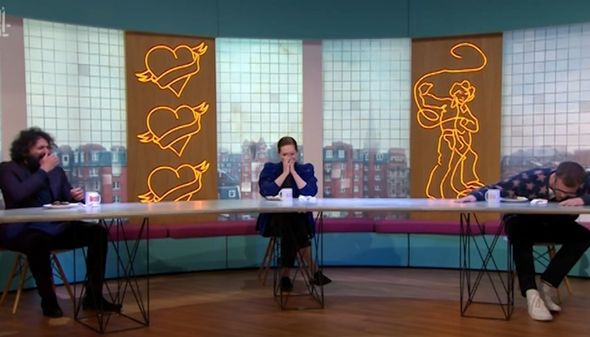 Tim could barely ask Katherine her first question when he failed to pronounce the name of her 2010 character, Lady Teazle.

“This David Attenborough voiceover isn’t going too well for you here,” Simon told him as Katherine burst out laughing.

Tim replied: “The only person losing here is me, isn’t it?”

Things didn’t get any better in Tim’s second attempt to ask the same question as he pronounced the name wrong again, which left everyone in stitches. 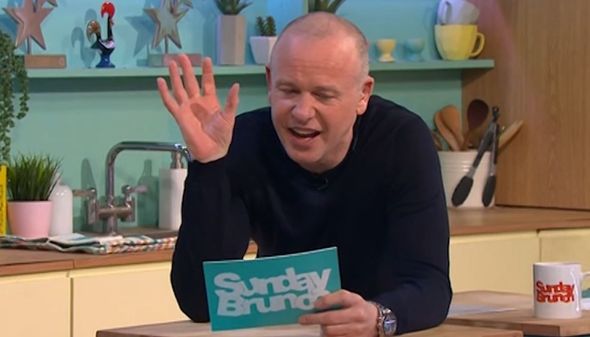 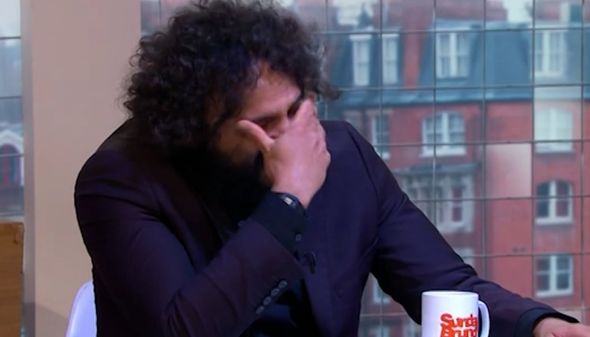 “For god sake, let me get the question out,” Tim protested.

Rick added: This is not a criticism, a shambles.”

“That’s why I didn’t go to university,” Tim added.

The chaotic segment didn’t go unnoticed by viewers and they quickly took to Twitter to question what was happening.

“What is happening?” one simply quizzed.

Another said: “I’m dumbfounded. I’m literally dumbfounded by this show.”

A third added: “Has he asked the question yet?”

“This bloke can’t even read,” a fourth questioned.

A fifth added: “So glad they’re all having fun… Coz I’m not.”

Another commented: “Rick-‘This is, not a criticism, a shambles…’ Spot on Rick like every, single week..”

Other fans found the segment hilarious, with one tweeting: “Very funny show today.”

One viewer said that the show made them “howl”, while another said: “Funniest show ever.”

Sunday Brunch returns next weekend at 9.30am on Channel 4.