CBS did not say if Romo tested positive 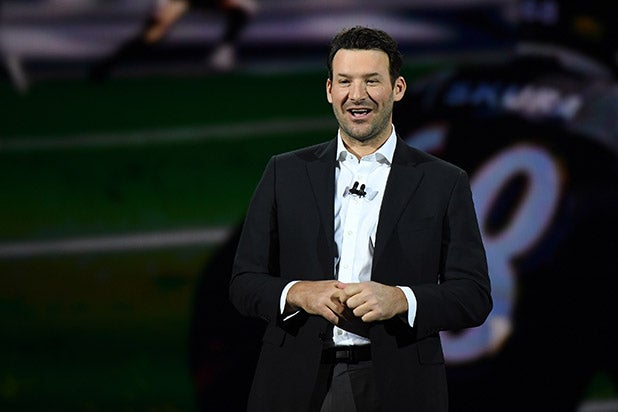 Tony Romo will miss the final Sunday of the NFL regular season due to COVID-19 protocols, CBS said on Saturday. Romo and his booth partner, Jim Nantz, were set to call the Los Angeles Rams-Arizona Cardinals matchup at 1 p.m. PT.

Boomer Esiason, who normally serves on CBS’ pregame studio show, “The NFL Today,” will fill in for Romo on Sunday.

CBS did not say whether Tony Romo tested positive or was simply a close contact of someone who did.

Following Sunday, CBS will have two playoff games for the first weekend of the NFL Playoffs, including one of the two newly-added matchups as part of the league’s expanded playoff system. One of those games, on Sunday, Jan. 10, will have a separate broadcast on Nickelodeon.

CBS also has games on Divisional Round weekend and the AFC Championship Game, as well as coverage of Super Bowl LV on Feb. 7.

ESPN college football announcer Kirk Herbstreit, who did test positive for the disease last month, was part of Friday’s College Football Playoff Broadcast remotely from his home. ESPN had weeks of preparation to set up Herbstreit to call the game from his home, something that CBS, given the timing of its announcement, did not.

Related posts:
Latest News:
Terrorism Didn’t Motivate Fatal Portland, Oregon Car Attack: Police
Inside Kobe Bryant's Widow Vanessa's Legal Drama Since His Death
Elvis Presley – film studios tried to make Harrison Ford the next King
Big Ed Brown on Dating After 90 Day Fiance: These Olds Broads are Liars!
Recent Posts
This website uses cookies to improve your user experience and to provide you with advertisements that are relevant to your interests. By continuing to browse the site you are agreeing to our use of cookies.Ok