Trace Adkins reflects on 2011 fire, giving back to veterans: ‘It's been the great privilege of my career’ 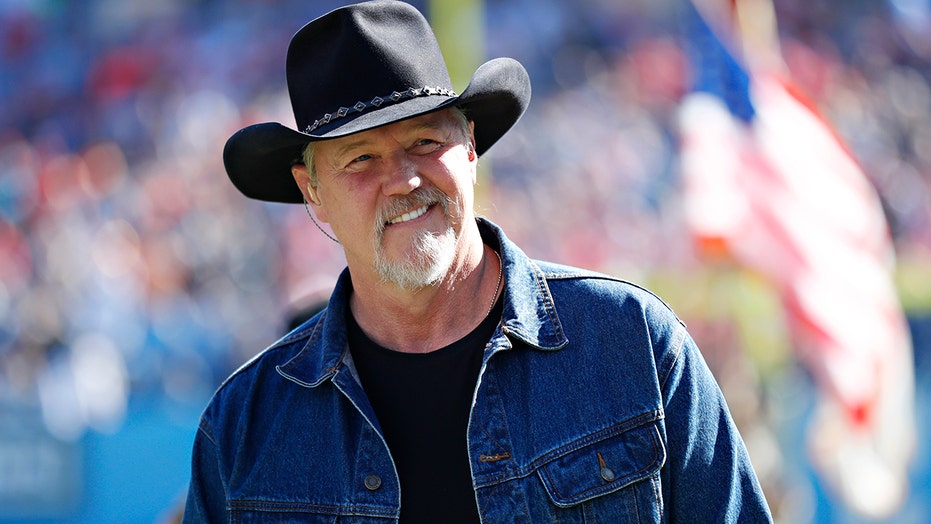 Country music’s tough guy is taking on a tornado.

While the film premiered on Friday, the singer is already back at work. It was recently announced that the 59-year-old had to cancel his concert at the Deadwood Mountain Grand Resort in South Dakota on Nov. 11 because he’s been cast in a TV show called “Monarch,” due to premiere on Fox in January. Adkins will star alongside Susan Sarandon and Anna Friel.

Adkins spoke to Fox News about what fans can expect from his role in “13 Minutes,” what he learned after losing his home to a devastating fire in 2011, as well as his passion for supporting our veterans.

Fox News: What was it about “13 Minutes” that made you want to get involved?
Trace Adkins: Well, first of all, when I found out I was going to be working with Anne [Heche], I mean, she’s so respected by everybody. I wanted to work with her. And I mean, who doesn’t want to be in a tornado movie?

Fox News: How important was it for you to be part of a project that depicts the real-life struggles of the American heartland?
Adkins: I just look at my role and if I can contribute in some way and hopefully bring some realism to it and do the best I can with it – that’s meaningful to me. 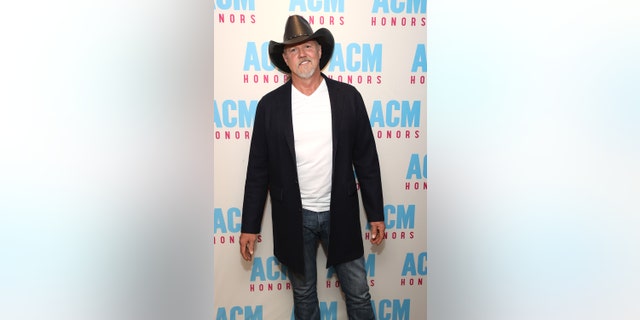 And I trust everybody else is going to do the same. I just keep my nose to the grindstone and keep trying to do the best in everything that I do. That’s what’s most important to me – that I conduct myself in a professional way and take care of business. And then I hope everything else works itself out.

But really, the reality of what devastation like this can cause to people, I wanted to tell that story… If the audience could walk out with a greater appreciation for what other people go through – that’s meaningful for me. But this story also shows how people can come together during tough times and become united… We need to pull together and work together, get past our differences. Hopefully, people will walk out feeling that way.

Fox News: In 2011, you and your family lost your home to a fire. How did that experience change your outlook on life?
Adkins: Well, it confirmed something that I already suspected, which was that I’m not a very materialistic person. That stuff, I mean, when you get past something like that and the immediate aftermath, the one thing that you’re truly grateful for is that everybody got out OK. That everybody’s all right, nobody’s hurt, or you didn’t, God forbid, lose anybody. And that’s the most important thing. Everything else, the stuff you lost, it was just stuff. It doesn’t really matter as long as everybody is OK. And that was the main thing that that did it for me. 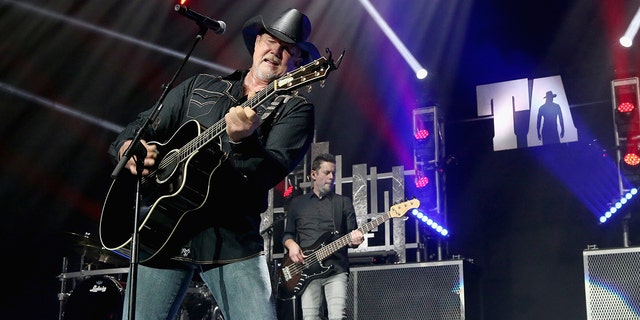 Trace Adkins lost his home to a fire in 2011.
(Photo by Gary Miller/Getty Images)

Fox News: It must have been a surreal experience for you, making this movie.
Adkins: I can certainly empathize with people that go through something like that because I lost everything in a house fire. But just seeing it all just scattered in front of your eyes, that’s got to be a different kind of devastation. It’s very profound. 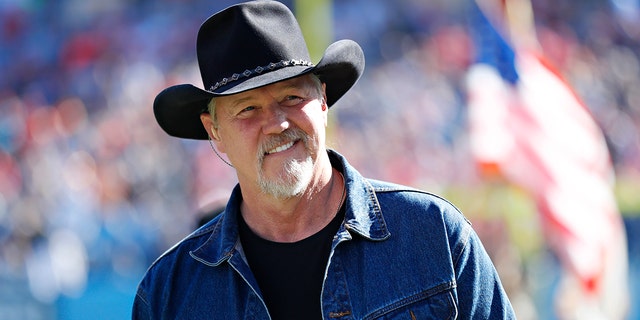 Fox News: As a country music artist, what’s it been like for you to make your mark in Hollywood?
Adkins: I don’t know if I’ve left much of a mark, but thank you for saying that. I have really enjoyed doing it and it’s something that challenges me and gets me out of my comfort zone. And I believe that’s the only way we can grow – putting ourselves in situations where we have to challenge ourselves to do something that we’re not comfortable doing. That’s what acting is for me. I enjoy it. And I hope that I do it well enough that people want to pay me to do it.

Fox News: It won’t be long until a director asks you to be part of a country music biopic. If you could tell the story of any country music artist, past or present, who would it be and why?
Adkins: Well, I think Ronnie Milsap’s story is fascinating. I’ve always been a huge admirer, a fan. And the relationship that I’ve had with him over the years is just something that I cherish. I think the story of the challenges he had to overcome to be successful and show the world how talented he is… what an inspiring story. Somebody should do a movie about his life.

Fox News: Superhero films are also huge in Hollywood. Would you ever consider something like that?
Adkins: *Laughs* Well, my superhero days may be behind me. 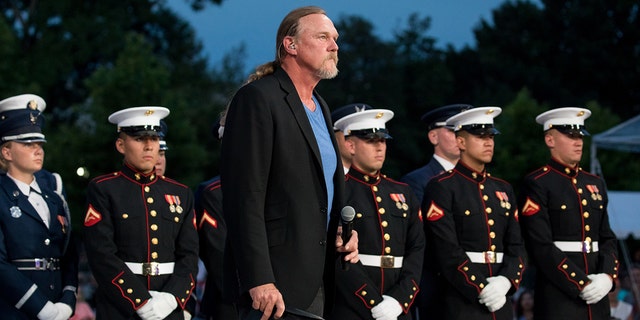 Trace Adkins, surrounded by members of the U.S. military, rehearses for the 37th annual A Capitol Fourth, a celebration for Independence day, on the West Lawn of the U.S. Capitol, on Monday, July 3, 2017.
(Photo by Cheriss May/NurPhoto via Getty Images)

Fox News: Veterans Day is coming up and it’s well known that you’re passionate about speaking out on their behalf. Could you recall a moment or an encounter you’ve had with someone that really left a lasting impression on you?
Adkins: Oh, there’ve been so many, so many. I cherish all the work that I’ve done with the veterans’ organizations that I’ve worked with over the years. I always feel like I’m better for it when I can give back to our veterans.

GARY LEVOX SHARES HIS UNHAPPINESS WITH RASCAL FLATTS BREAKUP: ‘I HATE THE WAY THAT IT ENDED’

Any kind of encounter where I’m associating with veterans, I always feel like they do more for me than I did for them. Nothing compares to that – nothing. It’s been the great privilege of my career to be able to work with those people. And there have just been so many times that I’ve been so deeply affected that there’s just too many to count.

Fox News: How can we give back to our veterans and say thank you?
Adkins: Giving to those veterans’ organizations, donating to them is a really good place to start. And just always tip your hat and tell them that you’re grateful when you meet them. They do appreciate that, always. It’s something so simple that goes a really long way.