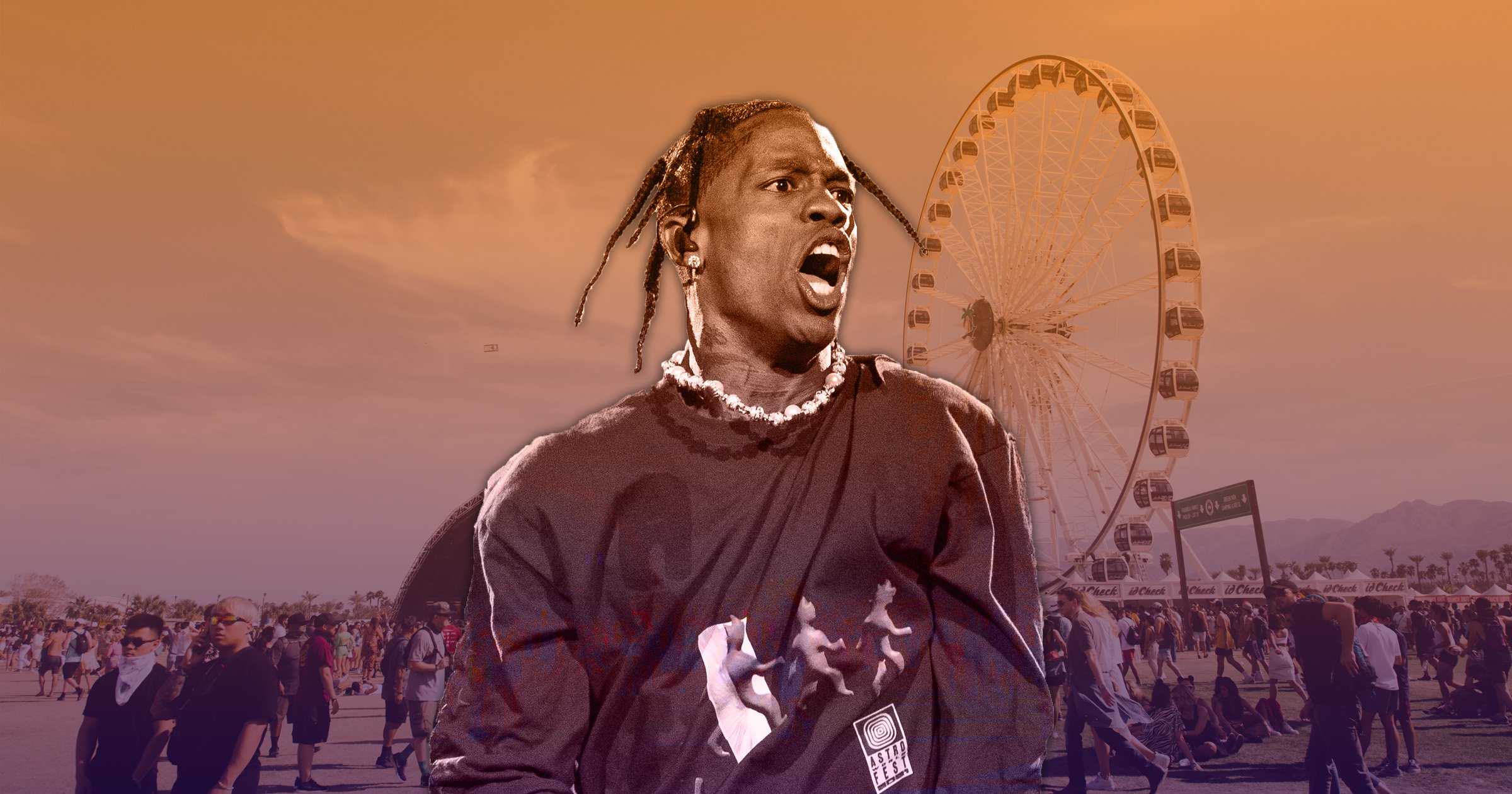 Travis Scott has been ‘dropped’ from the Coachella 2022 line-up following the Astroworld festival tragedy, it has been claimed.

Last month, 10 fans died and hundreds more were left injured in a crowd surge that occurred when the Sicko Mode rapper took to the stage, in Houston.

Following the incident, Coachella organisers were urged to take action and remove him from next year’s festival, where he was thought to be headlining.

After a Change.org petition asking for the dad-of-one to be axed racked up nearly 60,000 signatures, bosses have reportedly taken action.

According to Variety, Scott has now been removed from the line-up for next year’s bash, which takes place on the weekends of April 15-17 and April 22-24, in California.

The publication reports that sources said organisers informed the star’s agent that his set has been pulled, and will be paying a ‘kill fee’ for the cancellation.

Scott was first unveiled as a Coachella headliner for the 2020 festival, along with Rage Against the Machine and Frank Ocean – but it has been postponed many times due to the global pandemic.

While Ocean postponed his headline performance to 2023, Scott and RATM were still thought to be taking to the stage next April – but an official announcement is yet to be made.

The Goosebumps musician – real name Jacques Webster – has kept a low profile following the tragedy at his Astroworld festival at the beginning of November, in which 10 fans lost their lives, with the youngest victim just nine years old.

He recently spoke about the ordeal in a sit-down interview with Charlamagne Tha God on his YouTube channel, and explained that he didn’t hear the crowd in distress while performing.

‘It’s so crazy because I’m that artist too – anytime you can hear something like that, you want to stop the show,’ he said. ‘You want to make sure fans get the proper attention they need. Anytime I could see anything like that, I did.

‘I stopped it a couple times to just make sure everybody was OK. And I really just go off the fans’ energy as a collective — call and response. I just didn’t hear that.

‘You can only help what you can see and whatever you’re told. Whenever somebody tells you to stop, you stop.’

Addressing those who were injured and the families of victims, Scott added: ‘I’m always here, I’m in this with you guys and I love you. I’ll always be there to help you guys heal through this.

‘These people that came to the show, they’re my family. I’ll always have that connection to the people.

‘It’s really hard on me to even… They lost their loved ones. It’s tough. I just want to always be there for them, and I’m going to fix for future people, and fix the solution.’

Metro.co.uk has contacted reps for Coachella and Travis Scott for a comment.