Country musician Travis Tritt went on a Twitter blocking tirade when fans and celebrities slammed him for his stance on coronavirus (Covid-19) vaccine mandates at venues. Tritt blocked a slew of people and public figures who called him out on his statement that mandating a vaccine or negative test at venues violated his fans’ freedoms.

Travis Tritt Twitter block is a badge of honor

The block button spread like wildfire on Twitter as some people actually got FOMO that they hadn’t been blocked. “Q: How do you know, your account is small? A: It hasn’t been blocked by Travis Tritt in the last 24 hours,” one person tweeted in wake of the spree. Others wanted to see how many people Tritt could block. “The Travis Tritt has blocked ya challenge! Unfortunately, could see this,” an aspirational Twitter user wrote, seemingly not yet blocked. 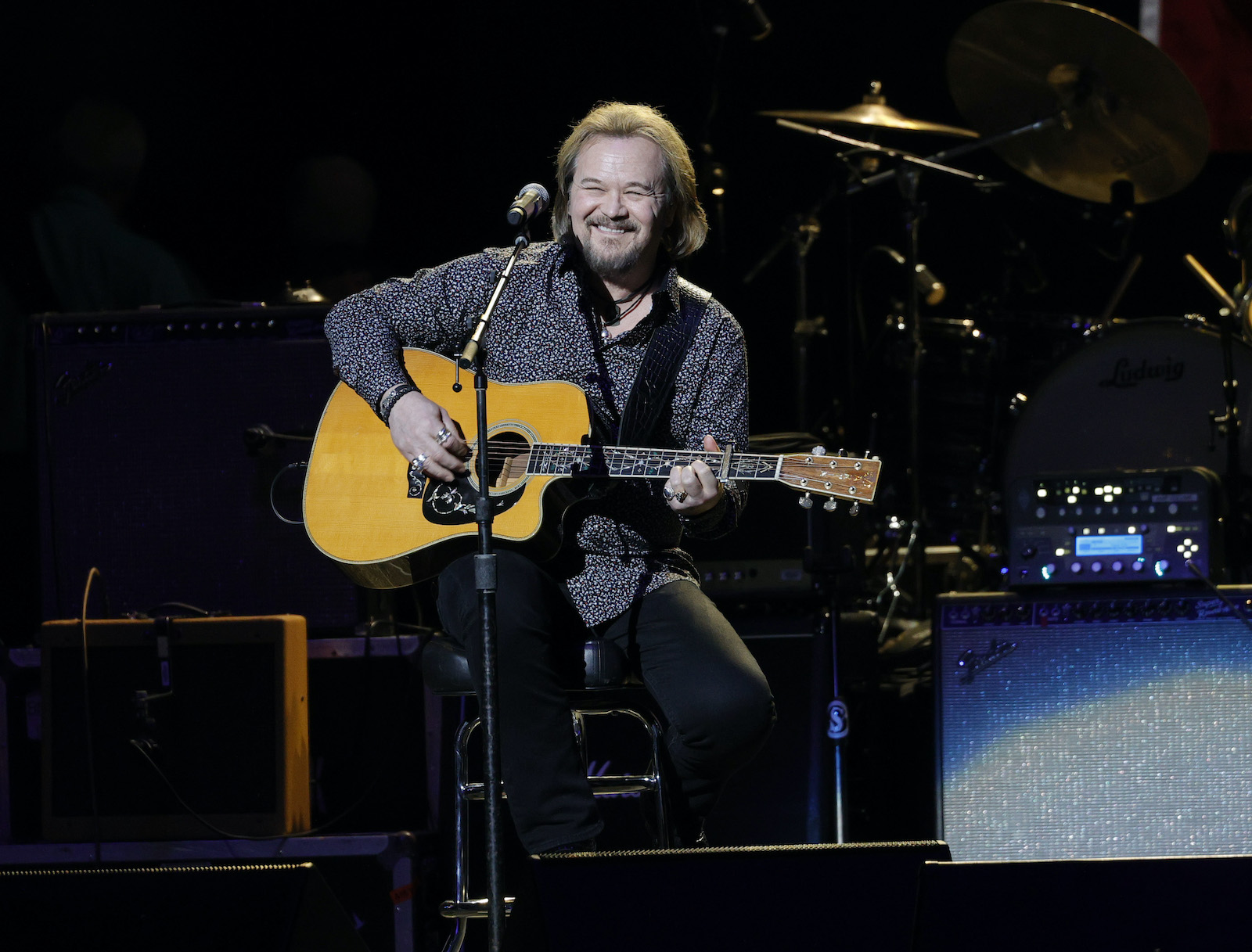 Several people claimed they didn’t know the country crooner, but got the block. “Travis Tritt, a guy I didn’t know exists, has me blocked,” another person wrote along with laughing/crying emojis. “I was blocked by Travis Tritt before it was cool,” actor-comedian Michael McKean tweeted.

Basketball legend Rex Chapman, who earned a block wrote, “You don’t get blocked by Travis Tritt just for yourself — you do it for your relatives and loved ones as well. You do it for your community.”

Musician Richard Marx replied to comedian Kathy Griffin’s block tweet. “I wrote a song with him in 2007 that he recorded. We only spent a day together but were in touch off and on afterward. Never anything but pleasantries. Saw recently he’d blocked me, too. So…congrats.”

Tritt was determined to block anyone who disagreed with his opinion on public health measures taken at concert venues. He tweeted, “The fear-mongering narrative is breaking down. People who stand up against this narrative scare the hell out of those who promote fear. Hold the line and stand strong.”

The Twitter firestorm occurred after Tritt announced he planned to cancel any concert date at a venue that requires proof of a negative Covid test or vaccine. He claimed that his fans were upset about the protocols. So he decided to only perform at venues with no requirements. “I got literally hundreds of comments and direct messages from people on all social media platforms, which basically told me how disappointed they were,” he told Billboard. “They were heartbreaking.”

He canceled tour dates in Indiana, Illinois, Kentucky, and Pennsylvania, thus far. Tritt told Billboard he is “not against the vaccine,” but he is “against forcing people to take medicine that they may not need and may not want.”  Adding that no one who works for him was required to be vaccinated to tour.

Other bands take their own stance on protocols

Eric Clapton came down on the same side as Tritt and refuses to perform at venues where concertgoers have to show proof of a negative test or vaccine. Like Tritt, he also views the safety measures as being “discriminatory” to his fans. “I wish to say that I will not perform on any stage where there is a discriminated audience present,” he announced (via Rolling Stone). “Unless there is provision made for all people to attend, I reserve the right to cancel the show.”

On the other hand, the Foo Fighters have required testing and vaccines. Dave Grohl explained that trying to perform in the age of Covid is a challenging balancing act. “It’s not easy,” Grohl told The Washington Post. “You wake up every day, cross your fingers that they’ll open a door, turn on the lights and we’ll have a rock show. It’s not guaranteed.”