Trump Rails Against NY Times for Report on His Campaign Fundraising

The ‘Failing’ New York Times attack is back, deployed this time to counter a story about murky tactics used to secure recurring donations to Trump’s campaign 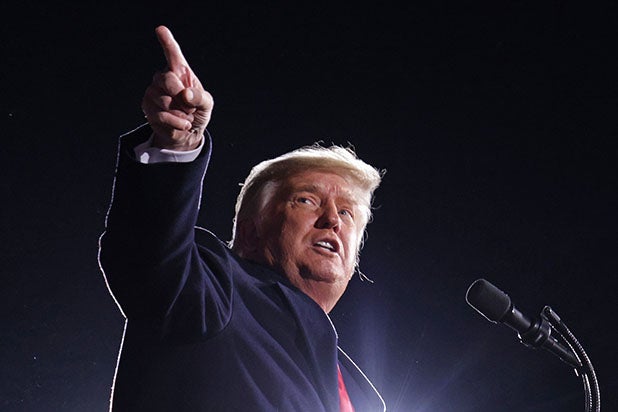 Former president Donald Trump attacked the New York Times Monday, deploying some of his classic insults to counter a story the newspaper published that shone light on his re-election campaign’s practices to secure recurring donations.

“In yet another highly partisan story, the failing New York Times wrote a completely misleading, one-sided attack piece this weekend that tried to disparage our record-setting grassroots fundraising operation during the 2020 campaign.  Except for massive voter fraud, this was a campaign that was easily won by your favorite Republican President, me!” wrote Trump in a statement disseminated by email. (He has been banned from Twitter and various other social media platforms since the January insurrection by his supporters that left five dead, including one Capitol police officer.)

A Times piece over the weekend said that the Republican fundraising platform WinRed set up recurring payments for donors to Trump’s campaign that they could only opt out of by unchecking a small box, which was hard to locate or notice. As a result, said the Times, Trump’s campaign and the Republican National Committee refunded a much higher rate of donations than President Joe Biden and his Democratic team, who use ActBlue instead of WinRed.

“Before our two campaigns, 2016 and 2020, Republicans would always lose small dollar donations,” said Trump’s statement. “Now we win, or do very well, because we are the Party of Working Americans, and we beat the Democrats at their own game.  We learned from liberal ActBlue — and now we’re better than they are! In fact, many people were so enthusiastic that they gave over and over, and in certain cases where they would give too much, we would promptly refund their contributions. Our overall dispute rate was less than 1% of total online donations, a very low number. This is done by Dems also.”

According to a federal records review by the Times, Trump’s team refunded 10.7% of its WinRed money last year while the Biden team refund 2.2% of its ActBlue donations.