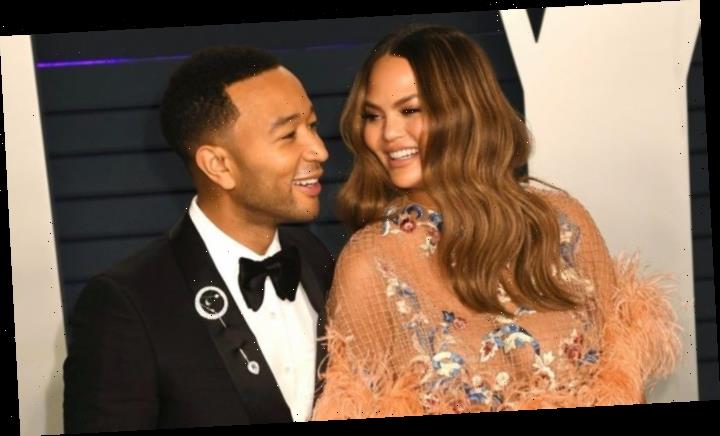 In today’s TV News Roundup, Variety obtained an exclusive first look at John Legend in “The Simpsons” and NBC announced premiere dates for a slew of its returning unscripted series.

Alexis Ren and Jaime Ray Newman have been cast in “Deputy.” Ren will appear in an upcoming episode as the suspicious lover of a wealthy older man, while Newman has landed a recurring role as the county district attorney who frequently butts heads with the sheriff’s department. The ongoing Fox series stars Stephen Dorff, Yara Martinez, Brian Van Holt, Bex Taylor-Klaus, Shane Paul McGhie, Mark Moses and Danielle Moné Truitt, and is produced by creator Will Beall, as well as David Ayer, Chris Long and Barry Schindel.

Netflix has set its upcoming fantasy series “The Letter for the King” to premiere on March 20. Based on the best-selling novel of the same name by Tonke Dragt, the six-episode series will follow the adventures of a young knight tasked with defeating a tyrannical prince. “The Letter for the King” is produced by FilmWave. Showrunner Will Davies and Paul Trijbits serve as executive producers. Watch the teaser below.

HBO has announced that its upcoming limited series “The Third Day” will debut on May 11. Created by Dennis Kelly and Felix Barrett, the six-episode series will be bifurcated into halves titled “Summer” and “Winter.” “Summer” stars Jude Law and is directed by Marc Munden. “Winter” stars Naomie Harris and is directed by Philippa Lowthorpe. Both halves explore the happenings of a mysterious island off of the British coast. “The Third Day” is a co-production between Sky and HBO. Kelly, Barrett, Dede Gardner and Jeremy Kleiner serve as executive producers.

NBC announced premiere dates for three of its returning unscripted programs: The Melissa McCarthy-hosted fourth season of “Little Big Shots” will deliver a special preview on Feb. 24 at 10 p.m. before launching on March 1 at 8 p.m.; the third season of “The Wall” will premiere on March 15 at 7 p.m.; and “Songland” will return for a second season on April 13 at 10 p.m.

The twelfth season of “The Real Housewives of New York City” will premiere on April 2 at 9 p.m. on Bravo. The new season introduces a new housewife to the show: Leah McSweeney, a boss of her own streetwear brand for women. Luann de Lesseps, Ramona Singer, Sonja Morgan, Dorinda Medley and Tinsley Mortimer return. “The Real Housewives of New York City” is produced by Shed Media with Andy Cohen, Lisa Shannon, Barrie Bernstein, Darren Ward and John Paparazzo serving as executive producers.

An episode of “The Simpsons” featuring guest-voice appearances by John Legend, Chrissy Teigen and Zach Woods will air on Feb. 16 at 8 p.m. on Fox. Legend and Teigen will be playing themselves, while Woods will play a character named Zane. A Variety exclusive first look at the animated version of Legend can be found below.

Pop TV has released an extended trailer for Season 2 of its dark comedy “Flack,” introducing viewers to the show’s newest cast members, including Sam Neill, Daniel Dae Kim and Martha Plimpton. The show continues to follow a PR agency run by spin expert Robyn (Anna Paquin). Executive producer Stephen Moyer will direct two episodes of the new season. The second season of “Flack” will premiere on March 13 at 10 p.m. Following the first episode’s airing, Pop TV will make the entire new season available on its app Pop Now and via cable and satellite on demand.