As lockdown restrictions ease next week, pubs are raring to go, with a whopping 200 million pints delivered from breweries.

🔵 Read our coronavirus live blog for the latest news & updates… 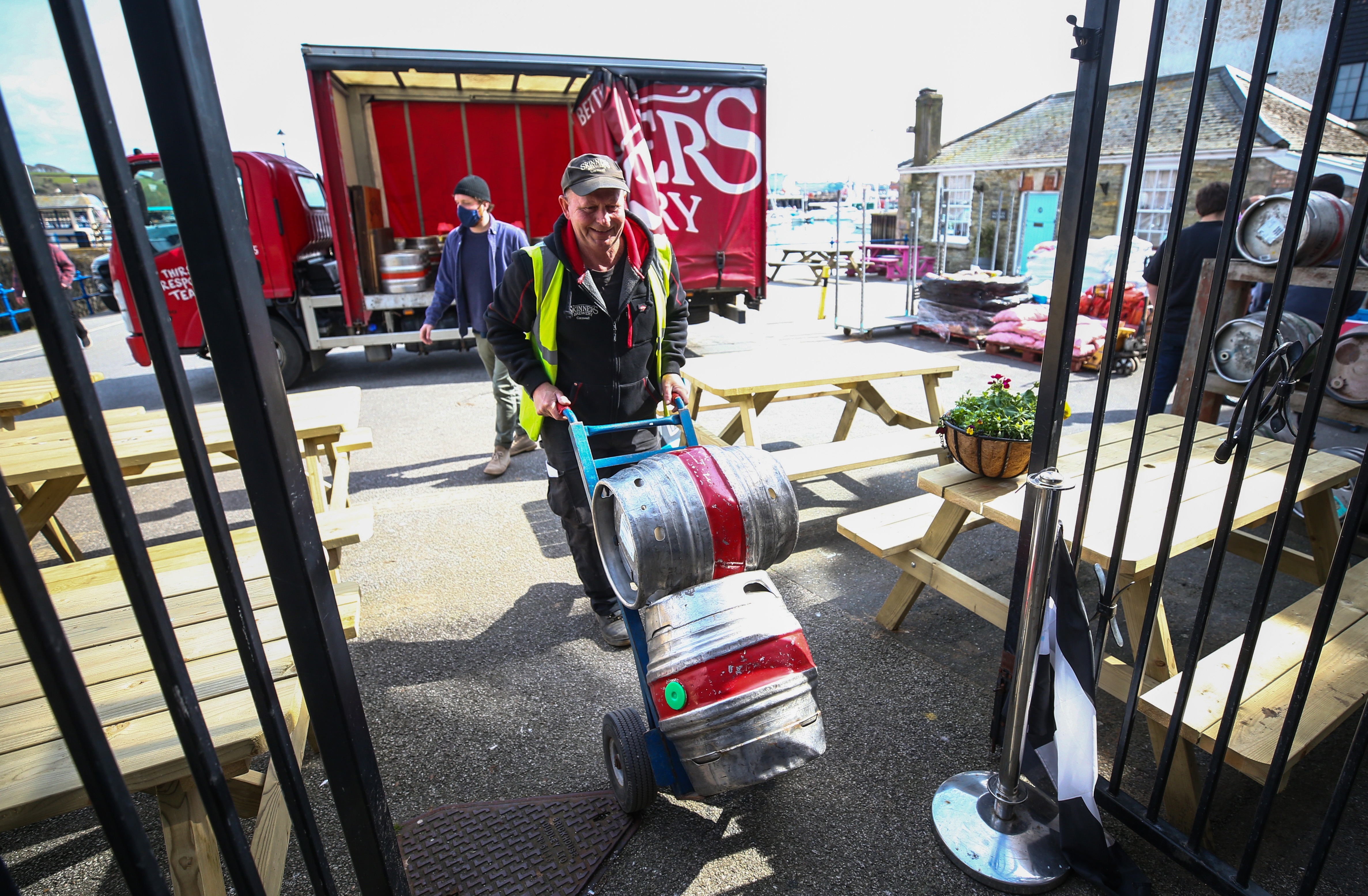 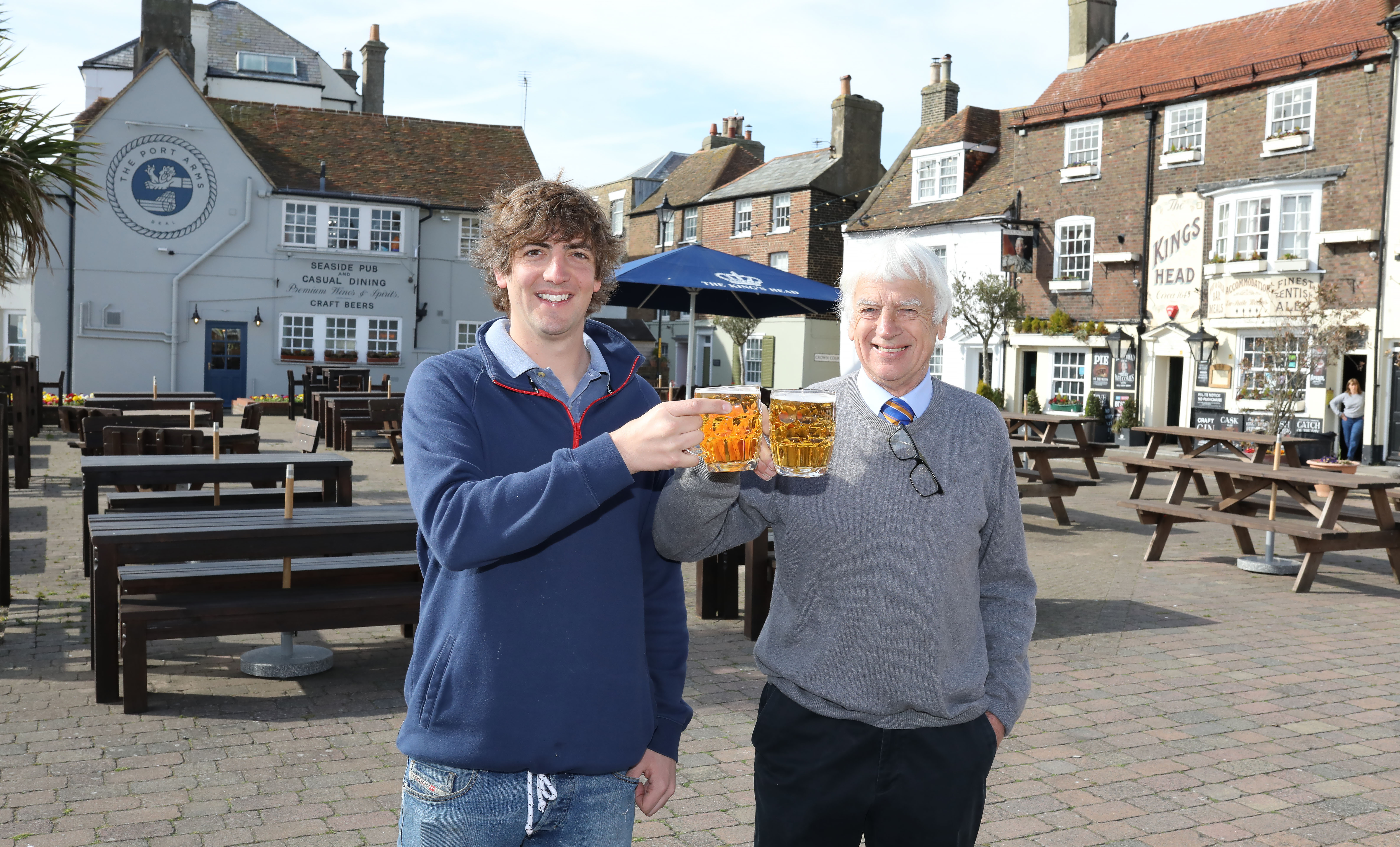 After 97 days in lockdown, a million drinkers will sup four million pints on April 12, while hundreds of thousands eat outside at restaurants.

Roads will be closed for a street-party atmosphere with outdoor tables in many towns and cities.

Many families on Easter holidays will take daytrips as theme parks and zoos reopen – and predicted sunny and warmer weather will see millions more buy food and drink to enjoy in parks and gardens.

Some 25,000 hairdressers are braced for queues from 9am on Monday, with others fully booked, as the nation finally gets a haircut.

Non-essential shops opening for the first time in months will trigger a £600million retail spree, with an additional £400million set to be spent on food, a VoucherCodes.co.uk study with the Centre for Retail Research showed.

Queues are expected from early morning, with Primark opening many of its 188 stores from 7am.

Retailers will have extra security staff on duty to manage crowds and ensure social distancing. 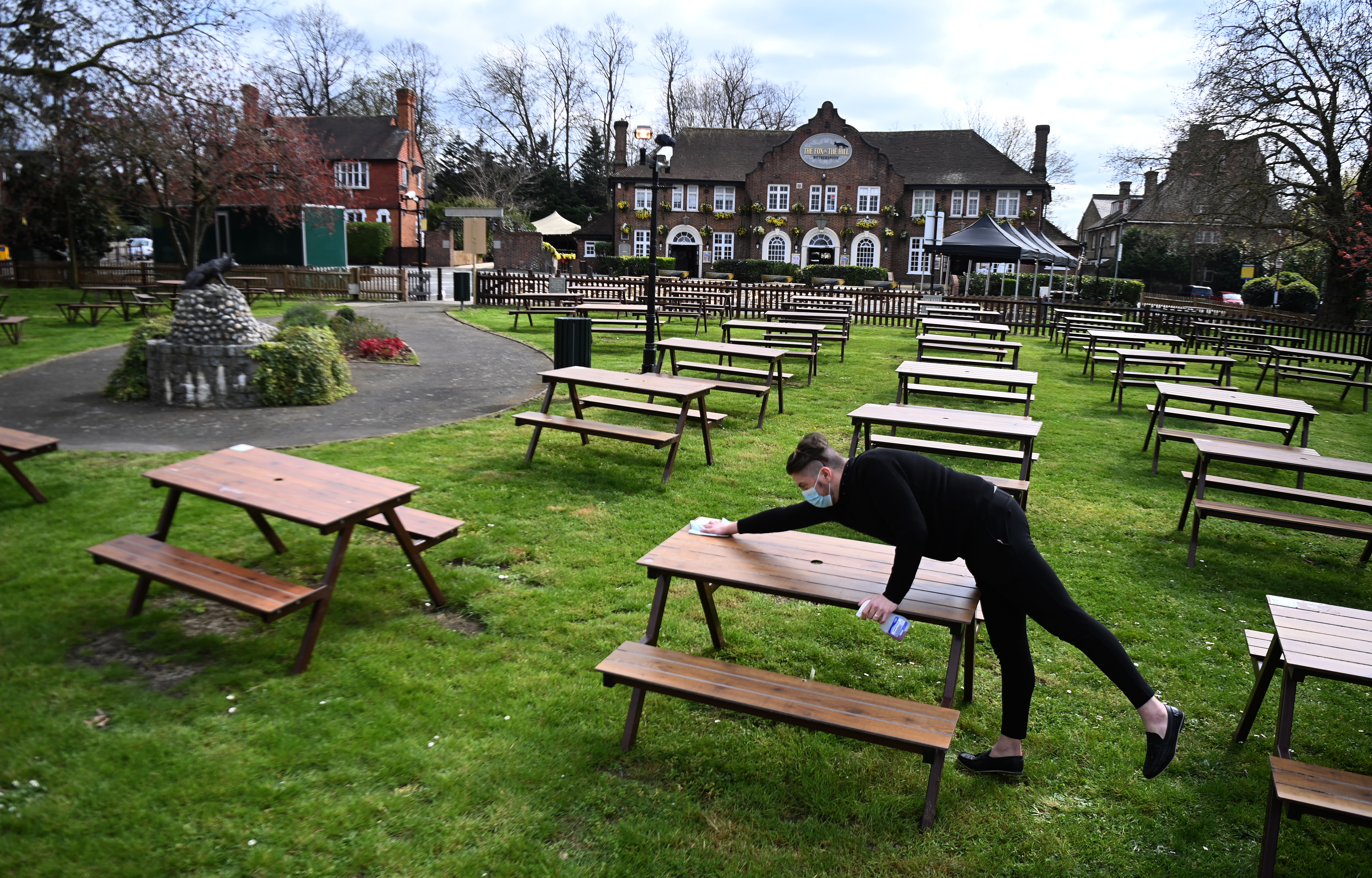 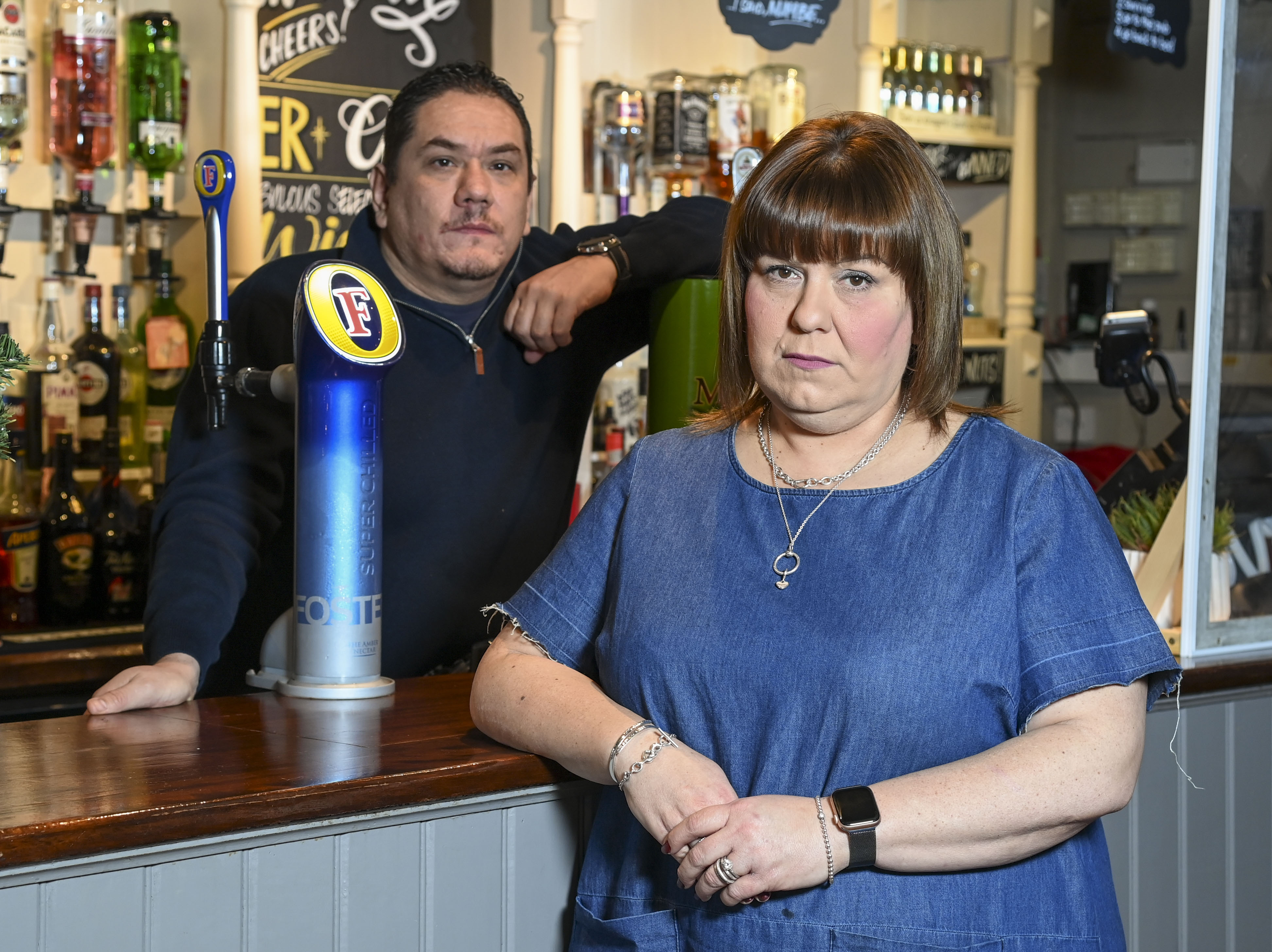 And The Sun is calling on Brits to spend to save our high streets.

Many shops are stuck with unsold winter stock mountains — and some will slash prices to shift it.

Collapsed Debenhams is reopening 97 stores for a closing-down sale with officially up to 70 per cent off fashion and homewares, and up to 50 per cent off beauty – but with some prices advertised at 80 per cent off on its website.

Currys PC World will slash some tech prices by 70 per cent at its 249 shops in an “XXL Clearance” sale.

Landlords and landladies are in “battlestations mode” as many gear up for opening for the first time since shutting on November 4 — some did open for a few weeks under tight restrictions in December.

The British Beer and Pub Association said some 15,000 pubs – 40 per cent of the total in England – will re-open for outside drinking in beer gardens, car parks and even on roads from Monday.

There is no need to order food as there was in the autumn, but there is no ordering at the bar — it will still be table service only.

And pubs can sell takeaway pints too from Monday, which was previously banned.

Over 100 million pints are set to be transported from breweries to pubs for Alfresco April.

And Kate Hayden, 45, and partner Paul Warriner, 45, who run the Snow Goose pub in Farnborough, Hampshire, were preparing after having to shut at Christmas.

Kate said: “It’s been full battlestations getting ready. This is the re-opening – our third one – I have been most apprehensive about.

“This has to be the last time. It has taken everything out of us – and we are down to our last pennies.

“Marquees have soared in price. Booze prices have gone up. But we have made it work – we cannot wait to welcome people back. 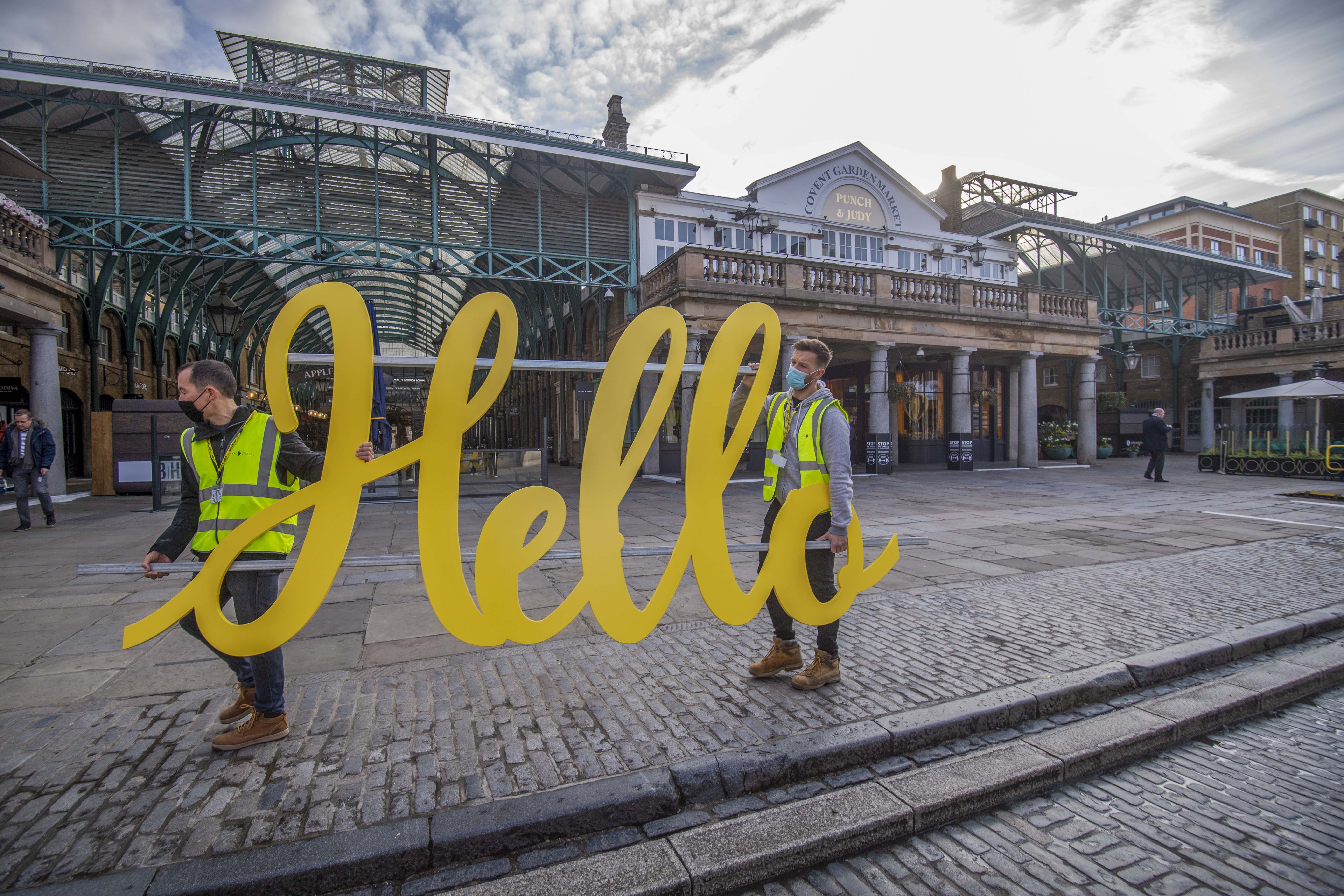 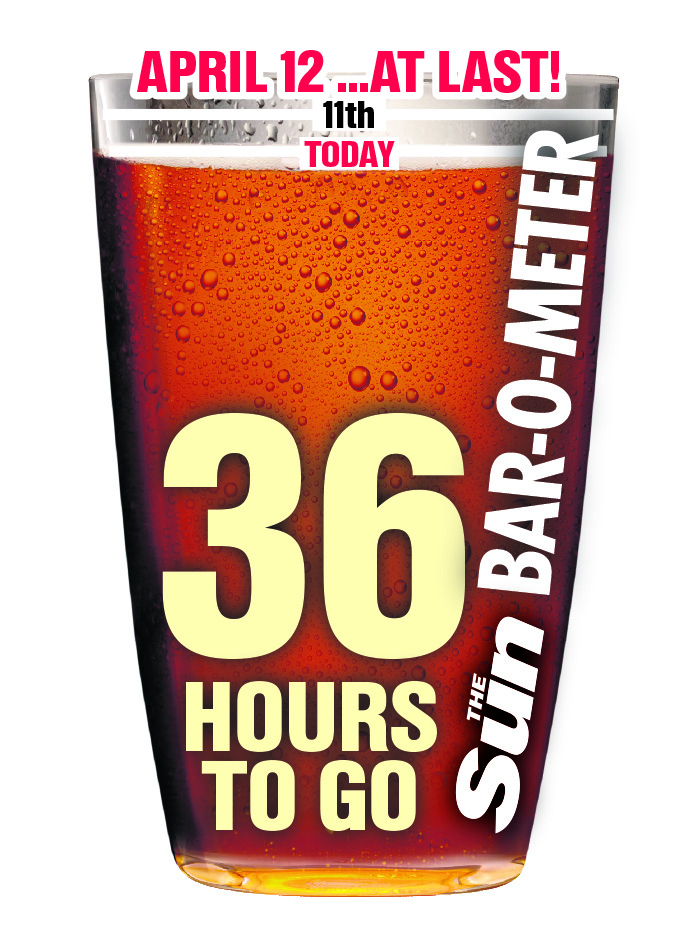 “I cannot be more excited about that first transaction going through the till on Monday. We have built a bar outside with lots of spirits but I reckon it will be a trusty pint of Foster’s or John Smiths.”

In Deal, Kent, father and son Graham Stiles, 62, and James, 32, were looking forward to the pubs opening more than most.

Graham runs the King’s Head and James the Port Arms across the road.