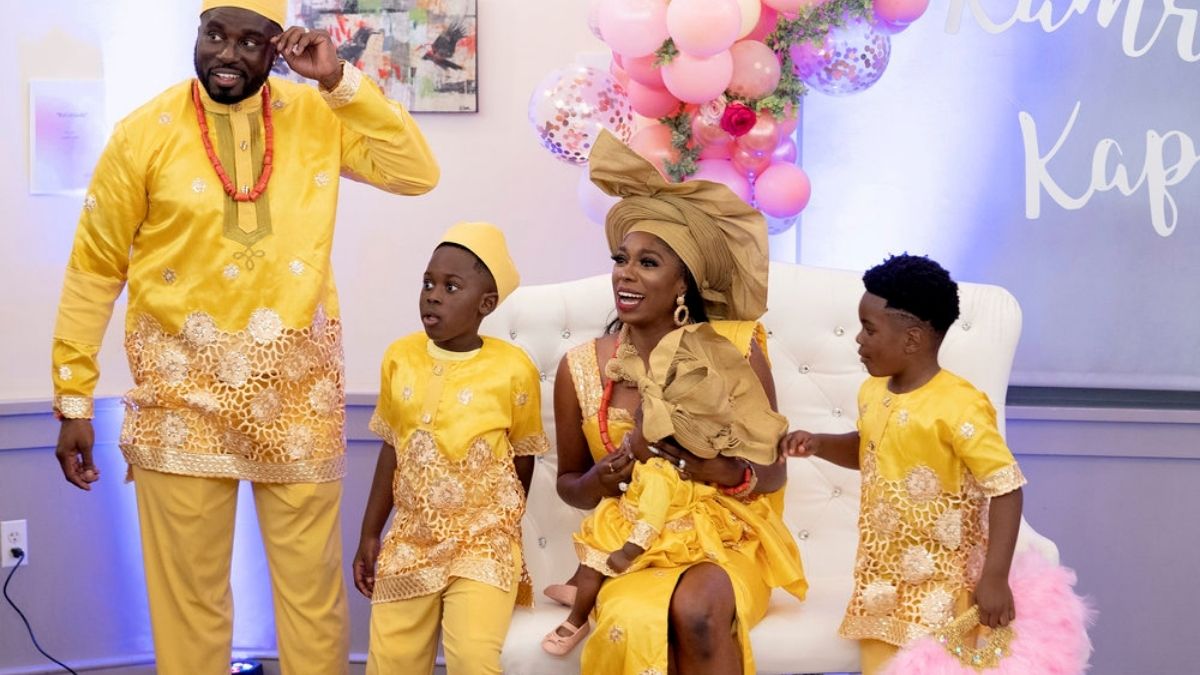 Wendy Osefo is getting a lot of heat on social media after last night’s episode of The Real Housewives of Potomac.

The Season 5 rookie is well established in her own right with four degrees, and jobs as a political correspondent and professor.

However, fans and even some of the RHOP cast members, are noticing that Wendy mentions her degrees a lot. Like in every episode.

During Sunday night’s show, the women set off for their cast trip to Portugal, and just as you imagined, the mom-of-three once again mentioned her accolades.

Many viewers took to social media with lots of jokes and memes about the situation.

We know that social media can be quite brutal and fans didn’t go easy on Wendy when she once again brought up her four degrees.

If you’ve been following the show, then you may realize that Wendy has mentioned her accolades in every episode so far.

And even if you haven’t, Twitter users sure have, and this week was the final straw.

People took to the social media platform to air their annoyance at having to listen to the 36-year-old talk about the same thing over and over again.

“This elitism that Wendy oozes is not cute,” wrote one commenter. “Honey, education is a beautiful thing; however, it is NOT cute when you try and shove it down everyone’s throat.”

Another Twitter user wanted to make a game of it saying, “I should take a shot every time wendy says ‘degrees’”

And, of course, what’s a Twitter bashing without some hilarious memes, right?

Wendy may have a lot of negative comments thrown at her, but the reality TV personality has at least one person in her corner.

Candiace Dillard caught wind of all the backlash concerning her co-star and she had a message for the haters.

The former beauty queen defended her friend on Twitter, letting the world know that acquiring four degrees is not an easy feat.

“If everyone was worthy of advanced degrees, everyone would have them,” posted Candiace.

But, she also got a bit of backlash for her post, but what’s new.

Candiace is not the most liked Housewife on the cast and after her recent altercation with Monique Samuels, many viewers have taken sides.

Although Candiace did not start the fight, she has been blamed for egging on Monique.

Now, she also gets quite a bit of harsh comments on social media, so her defense of Wendy isn’t doing much good.

Are you tired of hearing Wendy talk about her degrees, or do you think some RHOP viewers are just being haters?

The Real Housewives of Potomac airs Sundays at 9/8c on Bravo.