Celebrities and supermodels can’t get enough of these cutout dresses

Tyra Banks thinks Olivia Jade Giannulli is “brave” for joining “Dancing With the Stars” — especially given the backlash she’s facing for it.

The host defended the decision to cast the social media influencer, who became the face of the college admission scandal when it was revealed that her parents, Lori Loughlin and Mossimo Giannulli, concocted outrageous lies to get her into the University of Southern California

Banks “trusts” 21-year-old Olivia had no idea what her mom and dad were up to, even though, among other red flags, she went to the school as a rowing recruit despite having never touched an oar before.

“I think Olivia is so brave. I think people don’t know her, they know what happened to her,” Banks told “Entertainment Tonight.”

“She has said that she did not know about what was going on and it’s really sad, and it’s very hurtful when something publicly happens but you had nothing to do with it. So I trust that she says she didn’t know.”

Banks, 47, said Olivia will use her time on the ABC dancing competition show — which premieres Sept. 20 on ABC — to “tell her story and show her vulnerability.”

It appears the former model missed Olivia’s appearance on “Red Table Talk” in December 2020 during which she attempted to do exactly that.

“I felt so ashamed and embarrassed … although I didn’t really 100 percent understand what had just happened because there was a lot that, when I was applying, I was not fully aware of what was going on,” she told co-hosts Jada Pinkett Smith, Willow Smith and Adrienne Banfield-Norris. “When I got home [from spring break], I just felt so ashamed.”

The YouTube star said she was “too embarrassed” to return to the University of Southern California where she and her sister, Isabella Rose, had been enrolled after their parents paid half a million dollars to fake their rowing credentials.

“I shouldn’t have been there in the first place, clearly,” she said. 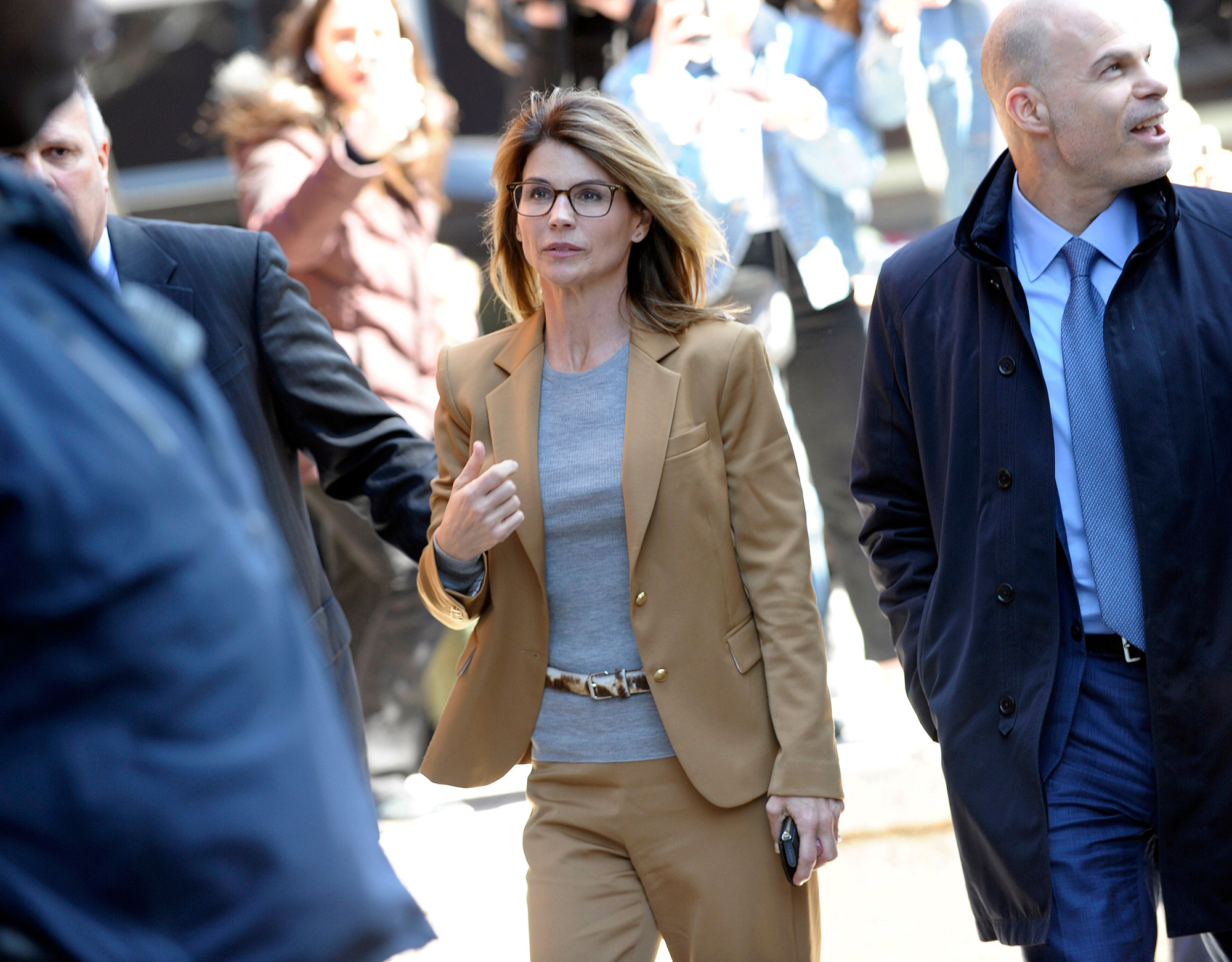 Even though Loughlin can’t be found on TV these days, she’s apparently found a new job: Mom.

“She’s in total mom mode, like, ‘Make sure you take an Epsom salt bath.’ She’s trying to get me to take an ice bath!” Olivia shared at a press event earlier this month.