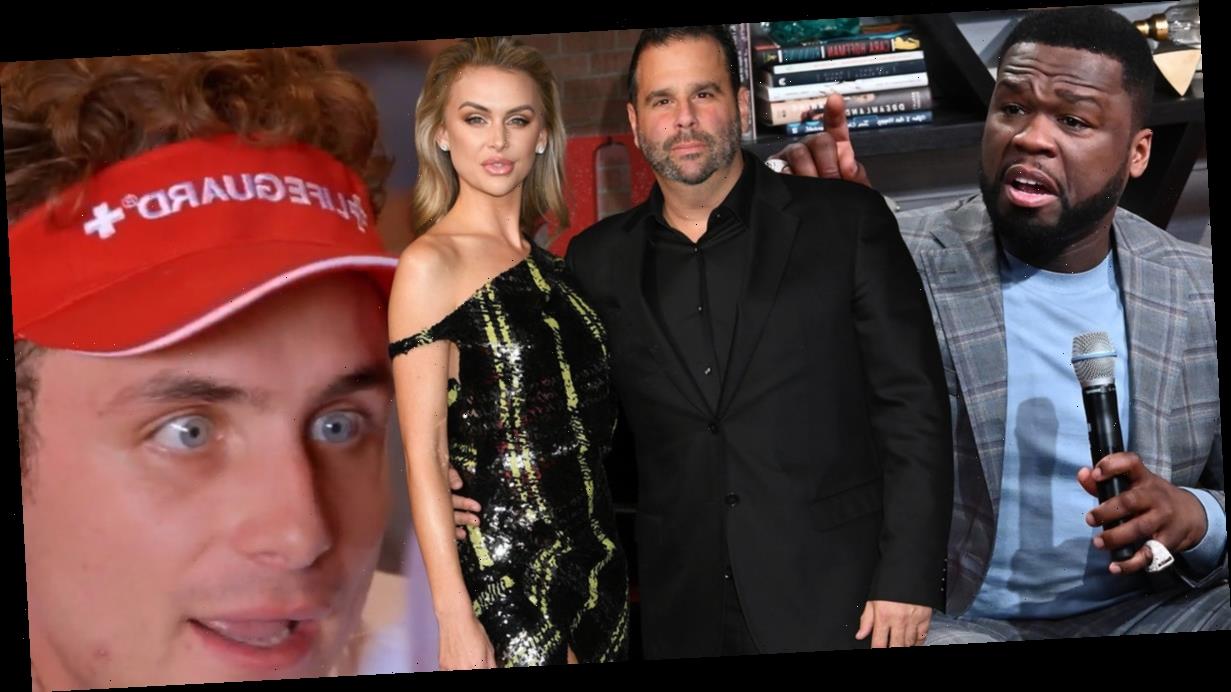 “Sobriety is my No. 1 priority, and I know he was f–ked up when he did that post,” says Kent about Kennedy’s Instagram activity.

Tuesday’s "Vanderpump Rules" was all about PRIDE!

But of course, where there is alcohol and a gaggle of reality stars, there is sure to be drama.

While Lisa Vanderpump had some of her SUR employees at her house making signs for the big day, she grilled Scheana Shay about giving newcomer Dayna Kathan such a hard time. Scheana insisted there was no bad blood, but when Lisa asked if she was jealous of Dayna’s relationship with Max Boyen, Scheana got incredibly defensive and even started tearing up!

Ariana Madix also had a one-on-one conversation with Lisa about her depression. She said she never saw herself as someone who’d ever take it too far but recently found herself thinking, "What if I just run my car off this highway?" Lisa, who lost her brother to suicide, offered up some words of encouragement and advice and even agreed to let Ariana come back to work at SUR a few days a week to keep her focused on something positive.

Later, James Kennedy revealed in a confessional that he and Lala Kent were back to being on bad terms after he inserted himself into her Instagram feud with 50 Cent, who was publicly shaming her fiancé, Randall Emmett, saying he owed him $1 million "by Monday." Fifty shared countless screenshots of texts from Randall that kept autocorrecting Fifty’s name to Fofty. And so the Fofty Feud of 2019 was born.

"In case you’ve been living under a rock, 50 Cent decided to call out Randall on some money that he thought Randall owed him," James told the camera. "He wrote, ‘Gimme my money by Monday.’ So you know, I’m liking posts, I’m thinking this is funny. I post a picture and I’m like, ‘I need my money by Monday.’ Guys, this isn’t just no f–king Instagram feed when you’re at Denny’s having breakfast, okay? This is across America, viral! I found it hilarious, and it kind of landed me in a bad place with Lala."

In her own confessional, Lala said she felt James’ post was "unacceptable" and thought he did it because "he wanted a lot of likes."

"We were so brand new in our rekindling of our friendship, you should be on your best behavior," she said. "And I don’t find it funny in any way, shape or form. Sobriety is my No. 1 priority, and I know he was f–ked up when he did that post. I can’t allow people to get to me to the point where I may fall off my rocker."

Ariana was particularly excited for Pride this year because it would be her first as an openly bisexual woman! Over at SUR, Jax Taylor reluctantly hopped behind the bar to help bartend the big event, then "met" Dayna, who he’s actually met before. He swore up and down in his confessional he didn’t find her hot. They bonded over Scheana being a "bitch."

Dayna was supposed to get her hair done with Raquel Leviss and Danica Dow that day but woke up to a text from Raquel saying Scheana was now coming and that the hairdresser couldn’t fit her in.

While James was DJing at TomTom, he asked Max for a soda water with lime "and…you know…" He then pulled Lala aside and apologized for his offensive Instagram post. She accepted the apology but said it made her realize they’re just two different people. After some more chatting, James proposed they toast with their "non-alcoholic" beverages, which drew skepticism from Lala. She asked if she could have a sip of his drink, but he wouldn’t let her.

"I think James has a lot of issues. I think he has an addiction problem," she later told the camera. "He has a bunch of bobble heads around him, including his girlfriend, that don’t give a shit about what his future may hold, which could get very ugly and sad."

While Raquel was on the Vanderpump float at the parade, James was playing his set at TomTom. She told him she’d try to catch the beginning of it but that she had to work and wasn’t sure. She ended up missing the whole thing, prompting James to go off on her over the phone. "Hey, go f–k yourself! How dare you miss my whole set?!" he shouted. "What the f–k is wrong with you?!"

"I didn’t have any service," she replied. He shouted back, "Where are you, Raquel?! Where are you?!" She sad she had been at the parade.

Fast-forward to Raquel at TomTom sitting behind the DJ booth with James. He apologized and said he loved her. She was touched and assured him he impressed her every day. But more importantly, she was supposed to be working at SUR, where they were already down a person in every department. Lisa brought it to James’ attention, then grilled him about his drinking habits (for the millionth time). He swore he hadn’t had anything to drink that day.

Raquel finally made her way back to SUR, where Peter Madrigal lectured her about being so late. But she wasn’t the only employee who got pulled aside for a stern talking to.

Scheana took Dayna out back and said she didn’t appreciate that Dayna was going around telling people that Scheana was being mean to her. "Are you 34, or are you 16?" Dayna asked, before putting Scheana on blast for excluding her from the hair appointment.

Scheana then questioned Dayna’s "intentions" among the group, which she said was to work and make friends. Scheana said it didn’t feel that way, then started crying and apologizing for being so emotional. She insisted she wasn’t a bully, and Dayna wanted to believe her but said she needed the actions to match.

Eventually, Scheana said, "I haven’t been fair to you, and I’m really sorry," and they agreed to move forward.