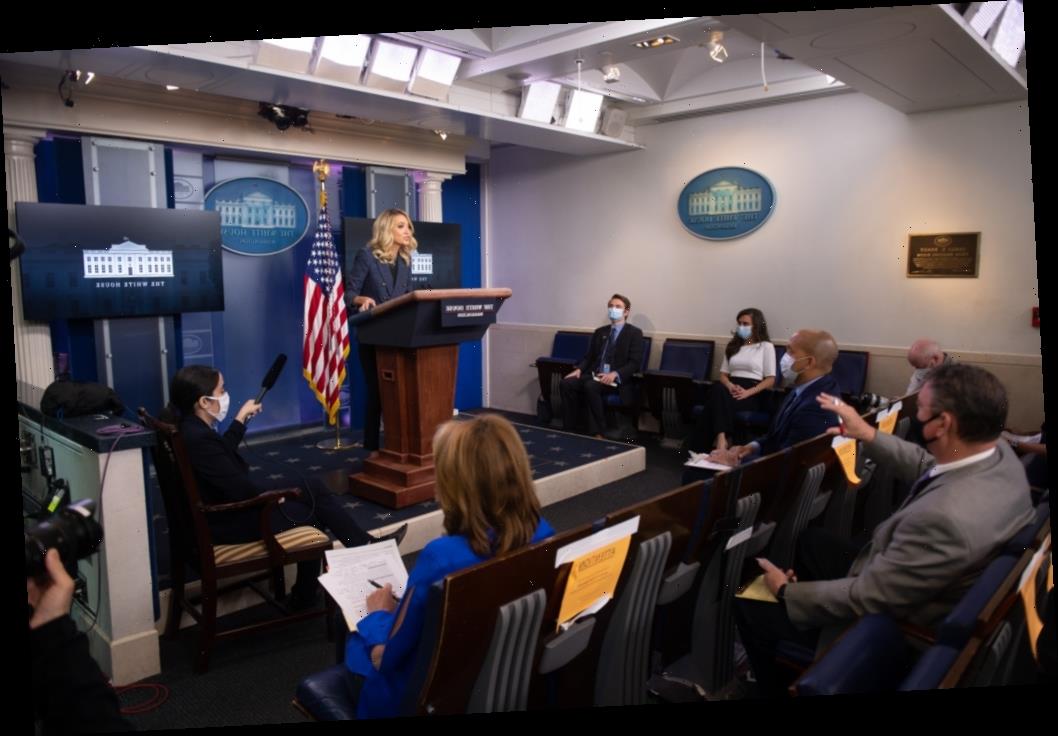 “The Vice President has made the choice to keep a distance for a few days, and I would note that that is his personal decision to do that,” McEnany said during a briefing. “As for how many days, again, that is a decision for the Vice President.”

On Friday, Trump revealed that Pence’s press secretary, Katie Miller, tested positive for the coronavirus. A valet to Trump also tested positive. The White House has since implemented new directives for staffers in the West Wing to wear masks, even though Trump himself is not required. He said that he and those near him are tested on a daily basis.

At the briefing, McEnany was asked why she was not wearing a mask from the lectern. She said that she has tested negative on Monday and Tuesday, and that she was far enough away from others in the room to risk exposure.

Almost all of the reporters at the briefing were wearing masks. One who wasn’t was Chanel Rion, White House correspondent for One America News Network, notable for its pro-Trump coverage. She stood in the back of the room as she is not in the White House Correspondents’ Association rotation to cover the briefings.