A sinister new clip from Virgin River‘s next outing may have finally confirmed who shot Jack Sheridan (played by Martin Henderson) at the end of season two. The small town drama is coming back to Netflix next month, but a tense confrontation between Dan Brady (Ben Hollingsworth) and Calvin (David Cubitt) may have already given the game away.

Jack and Mel (Alexandra Breckenridge) will finally be coming back to screens with all new episodes premiering on Netflix on July 9.

However, the new season will begin on a dark note as Jack was found shot at the back of his bar in last year’s devastating finale.

In the run-up to the new instalment, TVLine have revealed an exclusive sneak peek at Virgin River’s third season. 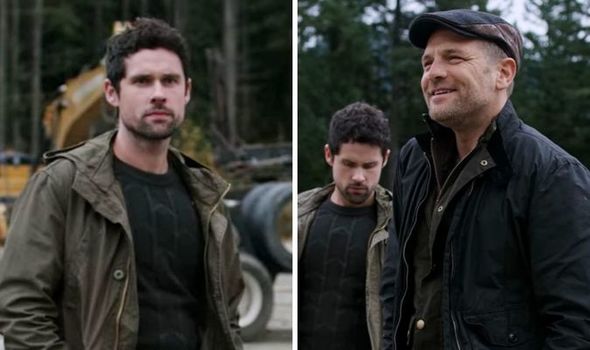 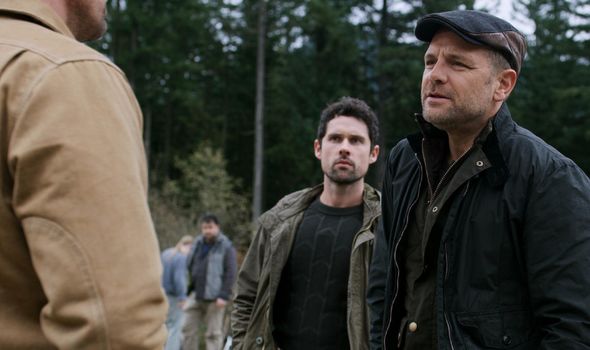 The short scene could have dramatic ramifications for the series going ahead, as it seems to imply Jack’s old army friend Dan Brady was behind the shooting.

Dan worked for some time in Jack’s Bar, but struggled to adjust to civilian life and eventually quit over a disagreement about how the bar should be run.

Shortly afterwards, Dan fell in with Calvin’s drug-running schemes, much to the disappointment of Jack.

Despite their history in the marines, Calvin seems to imply Dan had something to do with Jack’s attack, even if he didn’t pull the trigger himself. 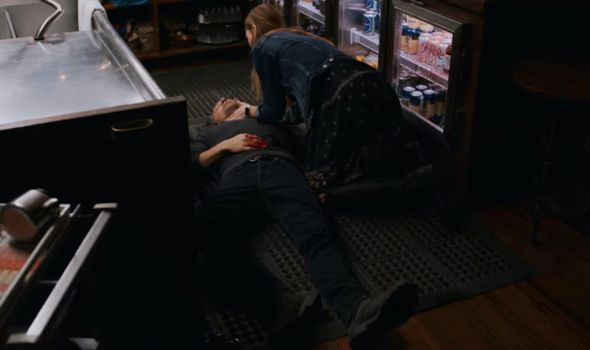 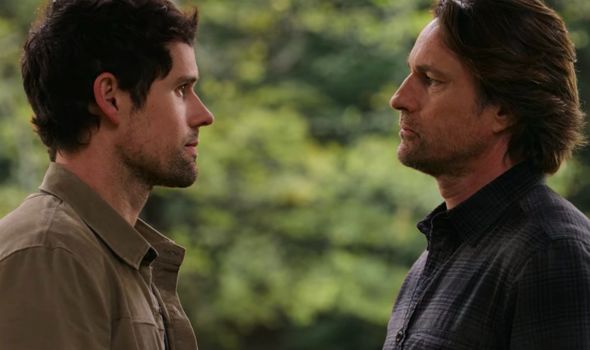 At the start of the new clip, Calvin rolls up to Dan’s building site to confront him about snitching to the authorities.

He even threatens to kill Dan eventually, though warns it would come in his own time.

After Dan is well and truly intimidated, Calvin admits he’s starting to make his way back into his good books.

He tells Brady: “On the plus side, I guess you did try to make up for everything, considering what happened to Jack.”

Calvin’s comment seems to suggest Dan was actually the one who shot the ex-marine.

Either that, or Dan was able to orchestrate the hit, as Jack doesn’t seem to be aware of his attacker when Mel finds him in the closing moments of the finale.

This new revelation goes against a number of popular theories among Virgin River fans.

However, TVLine did concede that they shouldn’t jump to conclusions before the new season is released.

During their interview with Sue Tenney back in November 2020, the showrunner suggested the mystery of who shot Jack could go on ‘for several seasons’.

Even so, this latest clip is the most concrete evidence we have so far that Dan Brady most likely had something to do with Jack’s shooting.

Luckily, there’s just under a month to go before all ten episodes of season three are released on Netflix, which can hopefully provide a few answers.

Virgin River season 3 will be released on Friday, June 9 on Netflix.