She’s barely in double digits, but this young girl already has her own Instagram account and is currently on a world tour with her father. Not watching from the side stage, but actually taking her share of the limelight and applause. Virginia does not perform at every show but has been delighting audiences with her duet of Leonard Cohen’s Hallelujah with dad Andrea. The pair debuted the haunting version during the 2020 streamed Christmas show from the Teatro Regio di Parma opera house and it has become a staple of the tour repertoire. A new song has been added, now, to tie in with the family’s upcoming 2022 Christmas album. WATCH THE FULL VIDEO BELOW

The upcoming album A Family Christmas, released at the end of October, will feature Virginia making her recording debut at 10 years old. She sings with her father on Over The Rainbow and Away In A Manger, as well as soloing on When Christmas Comes to Town.

Sheffield’s show gave the audience a preview when the father and daughter finished Hallelujah and then Andrea told the crowd: “Now I am very happy that Virginia sings for you a song of a new project we did together with Virginia and with Matteo. It’s an album for Christmas songs and Virginia will try to sing a beautiful song.” 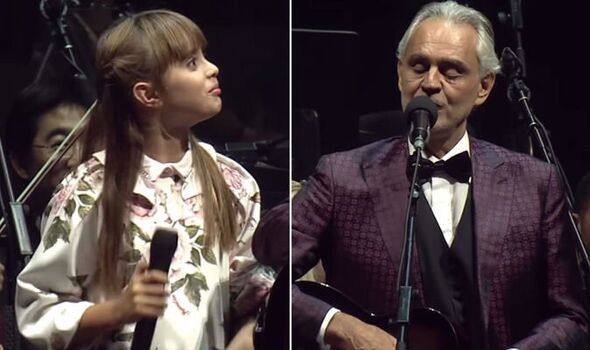 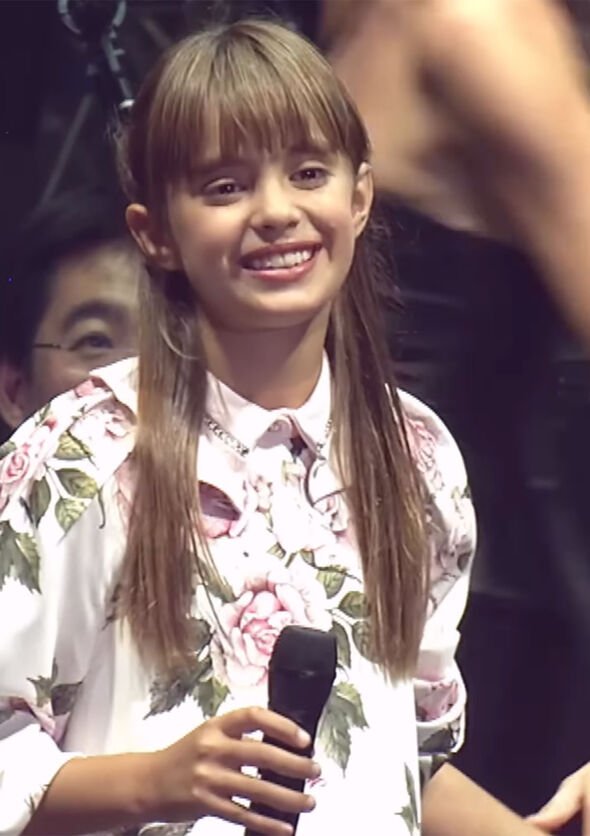 The crowd roared with laughter when the ten-year-old immediately made a face and then gave her father the side-eye. With perfect timing, she simply said “try” in a beautifully deadpan voice.

Not only is it a touching glimpse into their playful family dynamic, it is also a precocious display of perfect showmanship. Even with a famous father and an increasingly famous brother, Virginia is still remarkably poised and comfortable on stage.

Andrea immediately joked: “Virginia, you speak English much better than me,” and she quickly replied, “I know!” To which he simply said, “Behave!” 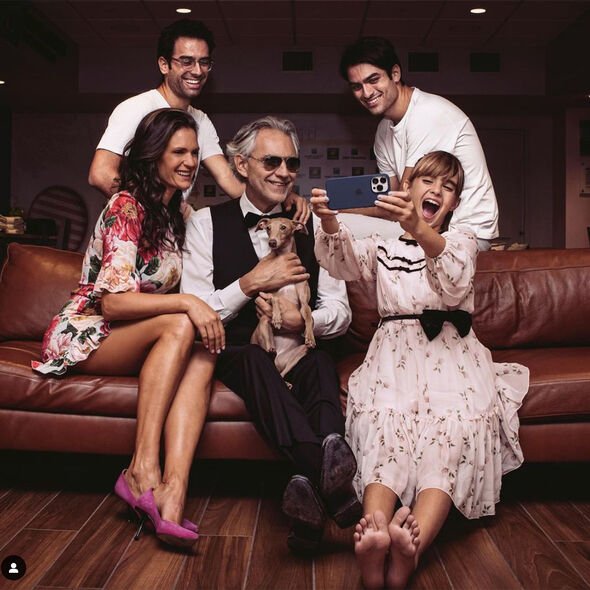 As if that wasn’t already delightful enough, Virginia then launched into a gorgeous, note-perfect rendition of the classic Wizard of Oz anthem.

Accompanied initially only by a piano, her voice is remarkably strong and rich already. It looks like the Bocelli family has another budding star in the making.

And a gracious one too. At the end of her solo number, as she took the applause from the crowd, Virginia can be seen saying “Bravo” and acknowledging the other musicians.

The tour has already been filled with wonderful family moments, with the crowd in Belfast spontaneously singing Happy Birthday to Andrea last week when he turned 64.

Virginia is the only child from the Italian Tenor’s second marriage to manager Veronica Berti. Before that, he was with his first wife Enrica Cenzatti for ten years until 2002.

Virginia has two older brothers. 27-year-old Amos prefers to stay out of the limelight. Although he is a talented musician and sometimes plays on his father’s albums, he also studied spatial engineering.

A FAMILY CHRISTMAS BY ANDREA, MATTEO AND VIRGINIA BOCELLI IS OUT ON OCTOBER 21