Warner Bros. Strikes First Deal to Return Films to Theaters Only in 2022 with New 45-Day Window 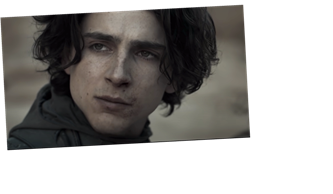 WarnerMedia executives have been adamant about the company’s controversial HBO Max hybrid release model being for 2021 releases only, and that will be the case as far as Regal Cinemas is concerned. Deadline reports that Warner Bros. and Regal Cinemas owner Cineworld have struck a deal to return Warner Bros. releases to theaters only in 2022 thanks to a new 45-day window plan. Under the current 2021 strategy, Warner Bros. opens movies in theaters on the same day they begin streaming exclusively on HBO Max for 31 days.

Regal locations will re-open in the U.S. for the first time in six months in limited capacity starting April 2 to accommodate Warner Bros.’ “Godzilla vs. Kong,” which will stick to the studio’s current 2021 release plan of playing in theaters and HBO Max at the same time. More Regal locations will open April 16 to screen the studio’s “Mortal Kombat” day and date with streaming. The 45-day exclusive theatrical window for Warner Bros. films at Regal Cinemas begins in 2022.

Deadline adds: “As for the UK, Cineworld’s second largest market, Warner Bros. and Cineworld have agreed to an exclusive theatrical window of 31 days prior to PVOD, and an extended window of 45 days for films that open to an agreed upon box office threshold. Cineworld expects to resume operations in the UK in May, in line with current government guidance.”

Back in November, Universal announced a new theatrical window system based on opening weekend gross that it’s implementing in agreement with AMC Theaters and Cinemark. The agreement includes at least three full weekends (17 days) of theatrical exclusivity for all Universal Pictures and Focus Features theatrical releases, at which time the studio will have the option to make its titles available across premium video on demand (PVOD) platforms. Under the terms of the deal, any title that opens to $50 million or more will play exclusively in theaters for at least five full weekends (31 days) before the title may become available on PVOD.

Cineworld and its Regal chains are the first to announce an agreement with Warner Bros. for the studio’s new 45-day theatrical window in 2022. The studio was met with considerable blowback from the likes of AMC Theaters and top filmmakers such as Christopher Nolan and Denis Villeneuve when it announced last year it would be opening every 2021 release in theaters and on HBO Max simultaneously. The plan includes Villeneuve’s “Dune.”

“There is absolutely no love for cinema, nor for the audience here,” Villeneuve said about the HBO Max decision.. “It is all about the survival of a telecom mammoth, one that is currently bearing an astronomical debt of more than $150 billion. Therefore, even though ‘Dune’ is about cinema and audiences, AT&T is about its own survival on Wall Street. With HBO Max’s launch a failure thus far, AT&T decided to sacrifice Warner Bros.’ entire 2021 slate in a desperate attempt to grab the audience’s attention.”

Warner Bros. has so far released “Wonder Woman 1984,” “The Little Things,” “Judas and the Black Messiah,” and “Tom and Jerry” under the hybrid release model. Next up is “Godzilla vs. Kong,” launching March 25.