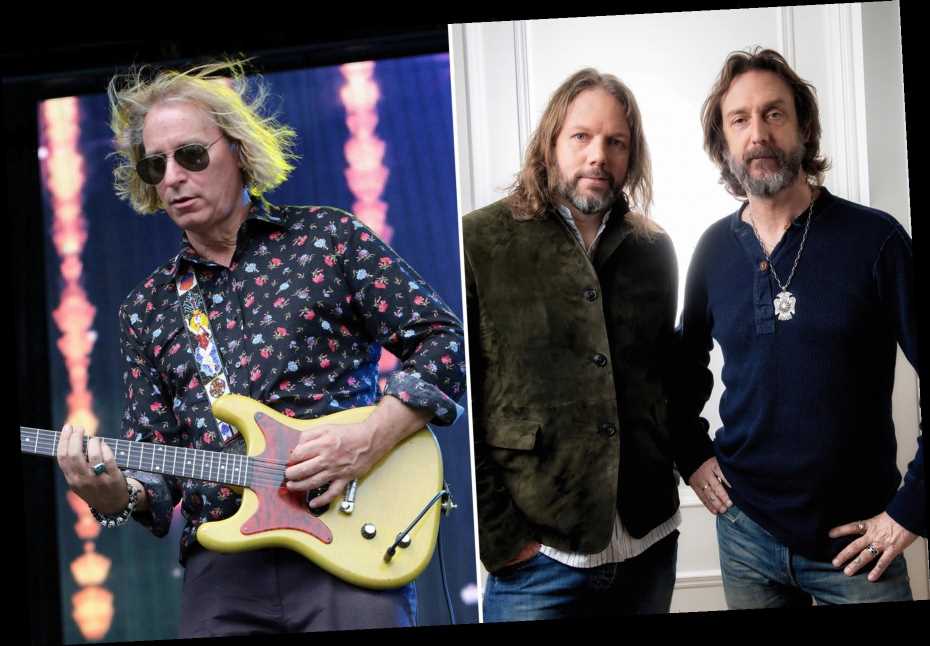 While performing an intimate acoustic show as Brothers of a Feather, the Black Crowes’ Chris and Rich Robinson were joined by Peter Buck for a cover of R.E.M.’s “7 Chinese Bros.” in Portland on Wednesday.

They performed the song, off 1984’s Reckoning, during the duo’s encore. Rich and Buck plucked their acoustic guitars simultaneously, as Chris stood beside them holding the mike. “Wrap your heel in bones of steel,” he sings. “Turn the leg, a twist of color.”

Ahead of their massive Black Crowes reunion tour, the Robinsons launched their under-the-radar Birds of a Feather trek on February 12th in London. They’ll wrap up on Friday at the Chapel in San Francisco. The Robinsons are set to appear at the Love Rocks NYC benefit at Manhattan’s Beacon Theater on March 12th, alongside Jackson Browne, Dave Matthews and Cyndi Lauper.

The 46-date reunion tour will kick off this summer, honoring the 30th anniversary of their debut Shake Your Money Maker. They’ll stop in major North American cities, including two consecutive nights at Nashville’s Ascend Amphitheatre on July 7th and 8th. The trek will conclude at the Forum in Los Angeles on September 19th.

“I think this is pure,” Chris recently told Rolling Stone of the reunion, in the brothers’ first joint interview in decades. “We went off into a lot of things. There’s no jamming. There’s no extraneous stuff. This is the purest Black Crowes that people first [heard]… I hope we reconnect with some people who lost their way with us because of all of our other shit we were doing.”