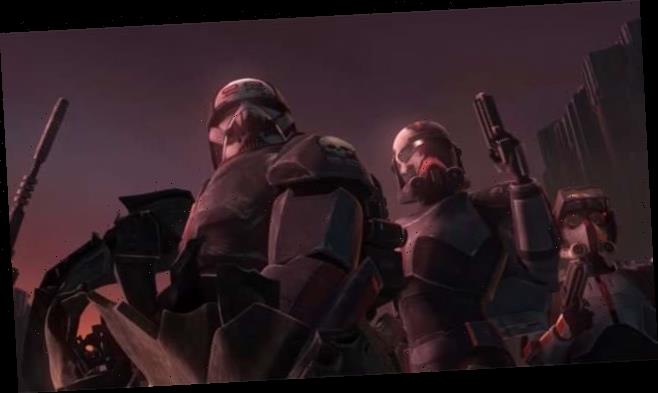 A new episode teaser has been released for the seventh and final season of Star Wars: The Clone Wars. Officially airing on February 21, Episode 1 will focus on the Bad Batch’s storyline, which was previously unfinished. The new premiere clip gives us more of a look at the new show and the Bad Batch, aka experimental Clone Force 99.

As told in the episode’s description, the Bad Batch’s story starts at the end of the Clone Wars with the separatists on a winning streak. Captain Rex from the Republic teams up with Clone Force 99 in order to figure out why the enemy is winning and if they are, as he suspects, using stolen data to be one step ahead of Grand Army.

This isn’t the first time we’ve seen the Bad Batch or their story. Back in 2015, Star Wars fans were already introduced to them in an unfinished version at the Star Wars Celebration. And if you need further incentive to watch the animated show–Dave Filoni, director and executive producer of The Mandalorian, is in charge of the series. With Clone Wars, he’s roughly filled in the gaps between Attack of the Clones and Revenge of the Sith, a time period glossed over by the movies.

You can catch The Clone Wars only on Disney+. And for a refresher on what happened since the last few seasons, Disney is also offering all six other seasons of The Clone Wars on the subscription service.