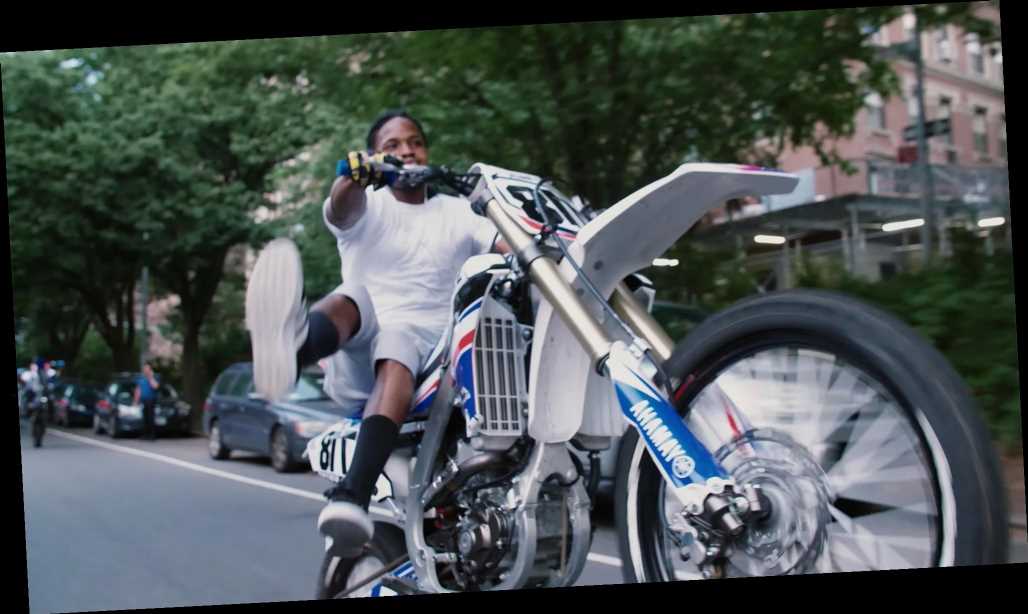 Sufjan Stevens and his stepfather Lowell Brams (yes, of Carrie and Lowell fame) have collaborated on a new album called Aporia, out March 27th via Asthmatic Kitty. On Wednesday, the pair shared their latest track from the album, “The Runaround.”

The New Age-y, semi-instrumental track comes with a music video featuring slow-motion footage of Bike Life riders, cruising and popping wheelies on ATVs and dirt bikes. It’s not the most conventional activity to be soundtracked by Sufjan Stevens, but the video looks great nonetheless.

Stevens and Brams previously shared another Aporia track, “The Unlimited,” earlier this month. This won’t be the first time the duo have collaborated — they previously released the 2008 instrumental LP Music for Insomnia as part of Asthmatic Kitty’s now retired Library Catalogued Music Series. According to a press release, Stevens and Brams have worked on Aporia over the past few years during Brams’ visits to Stevens’ house.

“You know how it is with jamming,” Stevens said of their sessions, “Ninety percent of it is absolutely horrible, but if you’re just lucky enough, 10 percent is magic. I just kept pulling out these little magical moments.”

Last year, Stevens released two new songs for Pride Month, “Love Yourself” and “With My Whole Heart.” In 2017, he released the song “Tonya Harding,” and collaborated with Nico Muhly, James McAlister and the National’s Bryce Dessner on the album Planetarium.

Stevens also penned the score to Justin Peck’s 2017 ballet The Decalogue, which was later recorded by Timo Anders on the piano and released as an album by the same name in 2019.

Related posts:
Latest News:
Jeremy Clarkson unveils incredible WW2 heroics of father-in-law he never met
Chrissy Teigen’s Tweets About Her New Horse Hobby Are Wild
Beatles’ producer Phil Spector dies from Covid amid murder prison sentence
Outdated Victorian environment laws failing wildlife: report
Recent Posts
This website uses cookies to improve your user experience and to provide you with advertisements that are relevant to your interests. By continuing to browse the site you are agreeing to our use of cookies.Ok