‘We can do better’: a wave of female choreographers are taking the stage 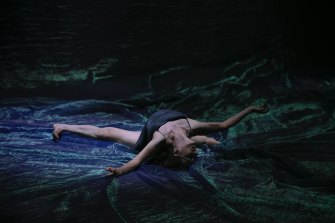 But as the lights come back on they are revealing a long-overdue change: a new wave of female choreographers of diverse heritage going solo.

These artists are curating heart-driven work, driven by personal narratives as theatres and studios reopen their doors. Brown believes the works have become more urgent through the pandemic crisis: “As dancers we are very instinctual … we rely on breath, closeness … something COVID threatened. I felt guarded and reserved, we all had to step back.”

But this new wave of female choreographers “want to be really seen, to share what [they] care deeply about, for [their] movement to hold power”, says Melbourne choreographer Lilian Steiner.

It is about time. The “Turning Pointe” report in 2018, by National Institute of Dramatic Arts’ Andrew Westle, exposed a dearth of representation for female choreographers. Over the previous decade, just 13 per cent of the full-length works and 24 per cent of shorter works programmed by major performing arts companies were by women. In that time, men outnumbered women in dance commissions by three to one.

The report spoke of a “boys club” and a sense of entitlement for men in Australian dance: that the same behaviour was being described as “confidence” in men but “problematic” in women. The strong showing by women at key industry awards indicated there was no lack of talent: it was a lack of opportunity. 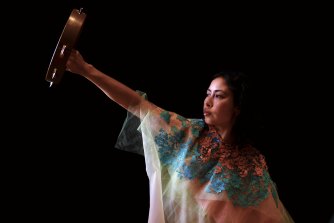 Ironically, the same pandemic that has devastated the performing arts gave the industry time to rethink its priorities.

Steiner was part of Think Tank Dance Assembly funded by Ausdance Vic, which met online during the lengthy Melbourne lockdowns to facilitate “conversations about several important issues … thrown into sharp relief by the pandemic”.

Her work Siren Dance premieres at Dancehouse this week: part of a triple bill of female choreographers. It’s a solo contemporary dance piece that speaks to her continuous endeavour to capture and hold her audience’s attention, as she shifts through different versions or reveals aspects of herself throughout her career. 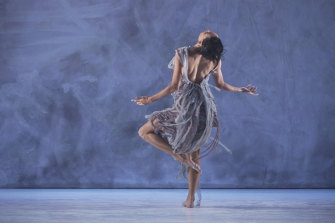 Bangarra’s Deborah Brown on stage in 2016.

It includes an exciting, revitalised use of pointe shoes: Steiner says the work “describes the way audiences often fetishise particular aspects of dance and often misunderstand what I believe is really beautiful about and the essence of dance”.

Another member of Think Tank Dance Assembly was former Australian Ballet dancer Juliet Burnett, who is moving back home to Australia from her prestigious role as first soloist at Opera Ballet Vlaanderen in Belgium to focus on choreography and artistic direction.

’The past few years have highlighted how retrograde we actually are … in the Australian dance industry,” Burnett says. “It took a mode of introspection via the pandemic to look at how we can do better.”

She is preparing to launch her own multi-arts company A_PART, which she hopes will demonstrate “what we’re all missing out on, if we don’t allow for broader representation in dance”.

Bangarra’s Deborah Brown says dance is breaking traditional moulds: exploring realities and narratives of diverse female artists through their own voices and bodies, in contrast to traditional ballets which have master narratives of fairy-tale female characters who struggle against a preordained fate. 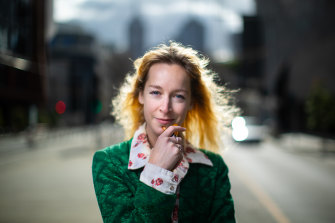 She recently created The Wave, a solo performance featuring former Australian Ballet dancer Madeleine Eastoe which saw Eastoe dancing through sea-like fabric, doused in dappled light, expressing the ebb and flow of the sea and life itself.

“I like exploring the depths of the ocean,” Brown says. “[It’s] an underwater night’s sky … I often dream of being underwater.”

Her Torres Strait heritage is deeply connected with the coast, as her ancestors dove into the deep for shells and seafood.

The Wave was recently shown at the Arts Centre Melbourne as part of Alice Topp’s vision, Project Animo, a consortium of forward-thinking dance artists and choreographers. Topp, former dancer with and choreographer for Australian Ballet, says she hopes through the project to: “deconstruct the idea of what it means to be in your ‘prime’ in the dance industry … to flip the script on normal company models … and nurture voices from all walks of life”.

The dance industry’s patterns of exclusion, predominantly of both women and diverse choreographers, is to the detriment of creativity and relevancy of the art form to fresh audiences, Topp says.

But she sees a sea-change happening in Australia’s dance world.

“We are at a turning point in many ways.”