What Happened Between Alex Cooper And Logan Paul?

Alexandra “Alex” Cooper is best known as the now-solo host of the popular podcast “Call Her Daddy,” which features episodes about sex and relationship advice, as well as interviews with everyone from Miley Cyrus to Tiffany Haddish. Cooper, who originally started the show with ex-host Sofia Franklyn in 2018, has navigated deals with both Barstool Sports and Spotify, making her $60 million deal the highest for a women podcast host, per Variety. “If you look at the charts, there’s not a lot of people that have become big from a podcast that didn’t already have platforms,” Cooper told Time.

Throughout Cooper’s three-year run as the host, she has spoken publicly about her relationships and all the ups-and-downs that come with them. Typically, the men are discussed under nicknames — from “Slim Shady” to “Door #3” to Cooper’s current boyfriend, “Mr. Sexy Zoom Man.” However, there is one that Cooper has named on the podcast: YouTube star Logan Paul. Here is a breakdown of what happened between the two media stars.

Alex Cooper and Logan Paul did have a fling 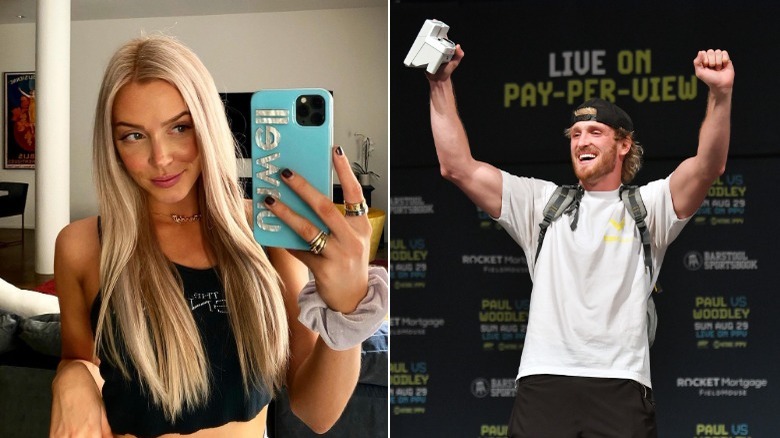 While “Call Her Daddy” host Alex Cooper was recording an episode with “Too Hot to Handle” star Harry Jowsey in March, she found out that her secret former fling was telling rumors about the nature of their relationship. That person, which Cooper revealed on Barstool Sports’ podcast “BFFs with Dave Portnoy and Josh Richards,” was none other than popular YouTuber Logan Paul.

“About a year ago I s**ked someone’s p**is. Just one time, went in there, it was for a business meeting. It gets me in the mood to make deals,” Cooper explained (via Barstool Sports). “So I hooked up with this guy and then Harry tells me that he is running his mouth around L.A. telling people that we hooked up and I thought that we had this secret that we were gonna keep forever. Like we weren’t gonna tell anyone.” Apparently, Cooper had a bit of a change of heart after she heard that. “We weren’t gonna tell anyone and Logan Paul is really bad at keeping a secret… we didn’t have sex it was a one-time thing.”

Paul, for his part, remembers the situation a bit differently. “I think I was in a conversation with Harry Jowsey… I told a friend, ‘This happened this one time in New York, a year ago,'” Paul said on “Impaulsive”. “It got back to her somehow, and she construed it as — that I was running around town, telling everyone.”

Alex Cooper and Logan Paul reunited at her birthday party 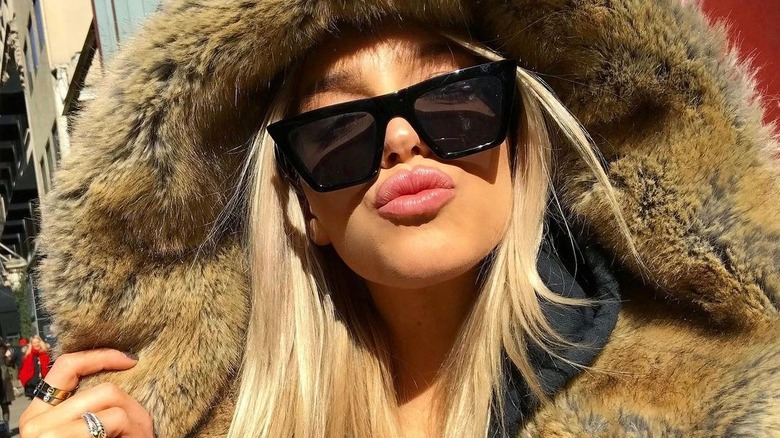 Although Alex Cooper is in a new relationship, presumed to be with film producer Matt Kaplan, it hasn’t prevented her from having awkward encounters with former flings. In August, Cooper and her friends flew to Las Vegas to celebrate her 27th birthday, as described in an episode of her podcast, “Call Her Daddy.” Specifically, Cooper and her boyfriend ran into Logan Paul at a nightclub booth, which Paul himself later cleared up by appearing on the episode.

“Obviously, I was f***ed out of my mind. We went to the DJ booth and I had no idea you were there,” Paul explained (via Dexerto.com). “I wasn’t paying attention to anything, I was just vibing. So then, I turned and saw you, and I had a very visceral reaction, like, ‘Oh f**k!’ A reaction of surprise and terror,” he continued. “I looked up and right next to you was some incredibly handsome man, and he was staring right at me. There was a slight smirk on his face, almost imperceivable. Like, looking through me. And then it hit: Holy f***, that’s the mystery man! That’s the guy!” Apparently, neither of them had had any contact since their original hookup, and Cooper said that her new man went to see Paul because he was “acting like a f***ing weirdo.” All’s well that ends well, we guess?