“Wheeler Dealers” host Ant Anstead has a new Discovery+ series called “Celebrity IOU: Joyride,” which premiers on August 23. According to People, the show follows Ant and car guru Cristy Lee as they assist celebrities who want to surprise their deserving friends and family with their dream cars. The concept of the show comes from another HGTV hit, “Celebrity IOU,” which features brothers Drew and Jonathan Scott from the series “Property Brothers” doing home renovations for celebrities who want to surprise their loved ones. The Scotts are even producing this car version of their show with their company, Scott Brothers Entertainment.

When it comes to “Celebrity IOU: Joyride,” the trailer indicates that fans will not only get to watch as celebrities help build and work on different types of cars, but also hear some emotional stories about why those special people in their lives truly deserve their dream car.

While the premiere date was recently announced, “Celebrity IOU: Joyride” has already been receiving some hype for some time now thanks to Ant’s romance with actor Renée Zellweger, whom he met on the show. The unlikely duo got together right after Ant ended his marriage with fellow HGTV star Christina Haack after less than two years together. The “Flip or Flop” host has also moved on with realtor Joshua Hall. While Zellweger may be the celebrity who grabbed the most headlines, the series also features a ton of other A-listers.

His new show is where he met Renée Zellweger 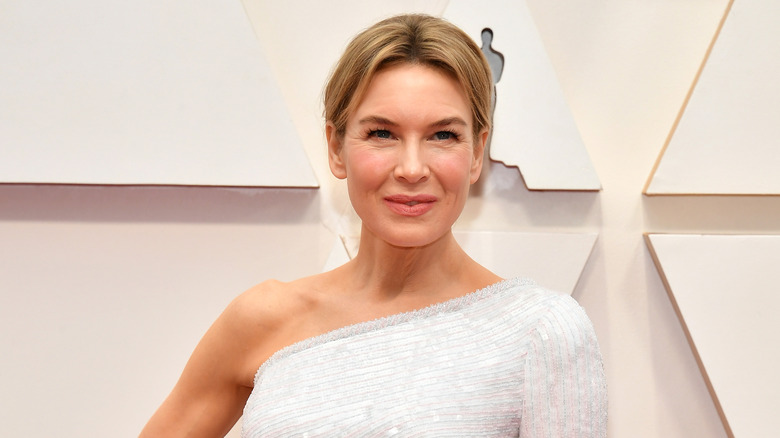 While former “Christina on the Coast” star Ant Anstead may be a popular celebrity in his own right these days, his new show, “Celebrity IOU: Joyride,” features several other big stars who want to treat those special to them to their dream car. Ant’s new girlfriend Renée Zellweger appears is one of them. According to People, she surprises her friends Jerome and Jerald, who provided 24-hour care for her publicist Nanci Ryder while she was battling ALS. As for how Zellweger and Ant ended up together after filming, a source explained, “Sometimes two people just meet and click, and the timing is right. Renée is creative … and often goes for guys who think out of the box.”

As for the other big names involved, James Marsden appears on the show so he can surprise his brother-in-law. “Hidden Figures” actor Octavia Spencer also joins as a guest to surprise her hairdresser, and so does “Machete” star Danny Trejo, who surprises a longtime friend. Also on the lists of celebrities is singer Mary J. Blige, who surprises her dependable assistant, and pro-skateboarder Tony Hawk, who surprises his office manager of a decade.

Between the popularity of the show’s host and that impressive list of stars just wanting to make others happy, it seems that “Celebrity IOU: Joyride” will have no problem becoming a hit. Regardless, it’s definitely already a success for Ant in the love department!