Why Donald Trump Jr.’s Recent Tweet About The View Is Causing Such A Stir 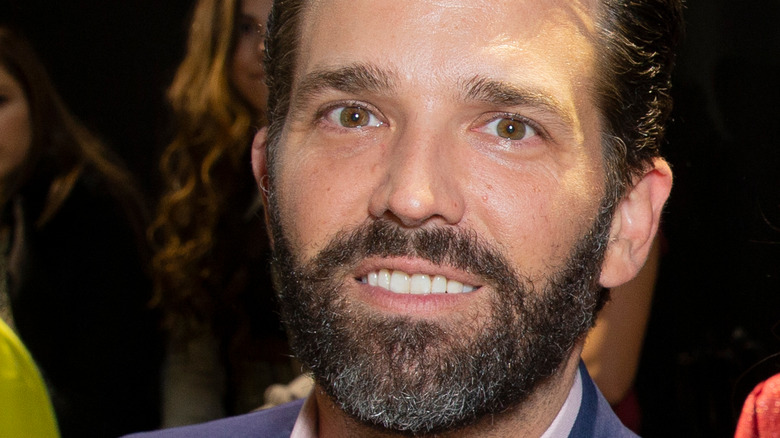 With the departure of co-host Meghan McCain from “The View,” the show’s producers have the challenging task of finding a replacement. McCain’s conservative opinions made for lively — and ratings-getting — debates on topical issues with Joy Behar and Whoopi Goldberg. Reportedly, the ABC brass wants to bring in someone who can stir the pot even harder. An unnamed insider told the Daily Mail that the best move would be to hire a full-blooded “Trump Republican” who would “give the other women a run for their money.”

One of the names the source mentioned was Kimberly Guilfoyle, who apparently has been on producers’ radar for some time. Guilfoyle, an attorney-turned-media-star, has worked for various outlets, including Court TV, CNN, and most recently, Fox News (via Insider). She’s also well known for the company she keeps; the twice-divorced Guilfoyle has been seeing Donald Trump Jr. since 2018. In fact, she left her television duties to work as an adviser to the Trump campaign, and to this day she accompanies her partner to Republican events and stumps for conservative politicians.

Don Jr. rather seems to like the idea of having his girlfriend taking McCain’s former seat. Reposting the Daily Mail story, he tweeted his reaction, “LOL, hey ⁦@ABC⁩ even I’d tune in to see ⁦@kimguilfoyle⁩ do this. Kim vs the other 4 doesn’t seem like a fair fight though. You may need a few more libs.”

Donald Trump Jr.'s tweet got both support and laughs 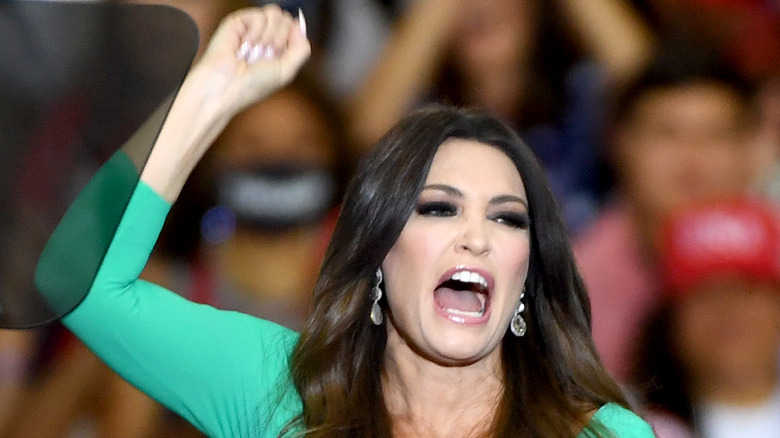 As with a majority of the former first son’s tweets, followers reacted with more amusement than cheers. A few did back him up, though. One fan remarked, “I might start watching the View if @kimguilfoyle was hired!!!” Others did a lot of eye-rolling. “Wait … are you saying your girlfriend is tougher than you?” wrote one. Another snarked, “Oh, that’s why you want her to get this job. Someone in your family has to work.”

Many commenters referenced a dark point in Kimberly Guilfoyle’s career history. Per Vanity Fair, Guilfoyle’s former assistant at Fox alleged that her boss talked to her frequently about her sex life, urged her to sleep her way through the ranks, and more. Guilfoyle has denied the charges, but Fox News dropped her from the show “The Five,” and the assistant was paid millions in damages. “I don’t think the network will take a chance on an ex-Fox host fired for sexual harassment,” one commenter said a tweet.

The junior Trump hasn’t responded to the critics — he almost never does — and Guilfoyle has yet to comment on the whole issue. In the meantime, another insider told Page Six that despite the previous story, producers are in “no rush” to fill McCain’s spot. Instead, they reportedly are taking their cue from “Jeopardy!” In September, they’re said to be planning a series of guest hosts before deciding on a permanent replacement.