Why Mexican Folk Romantic Ed Maverick Broke Up with the Internet 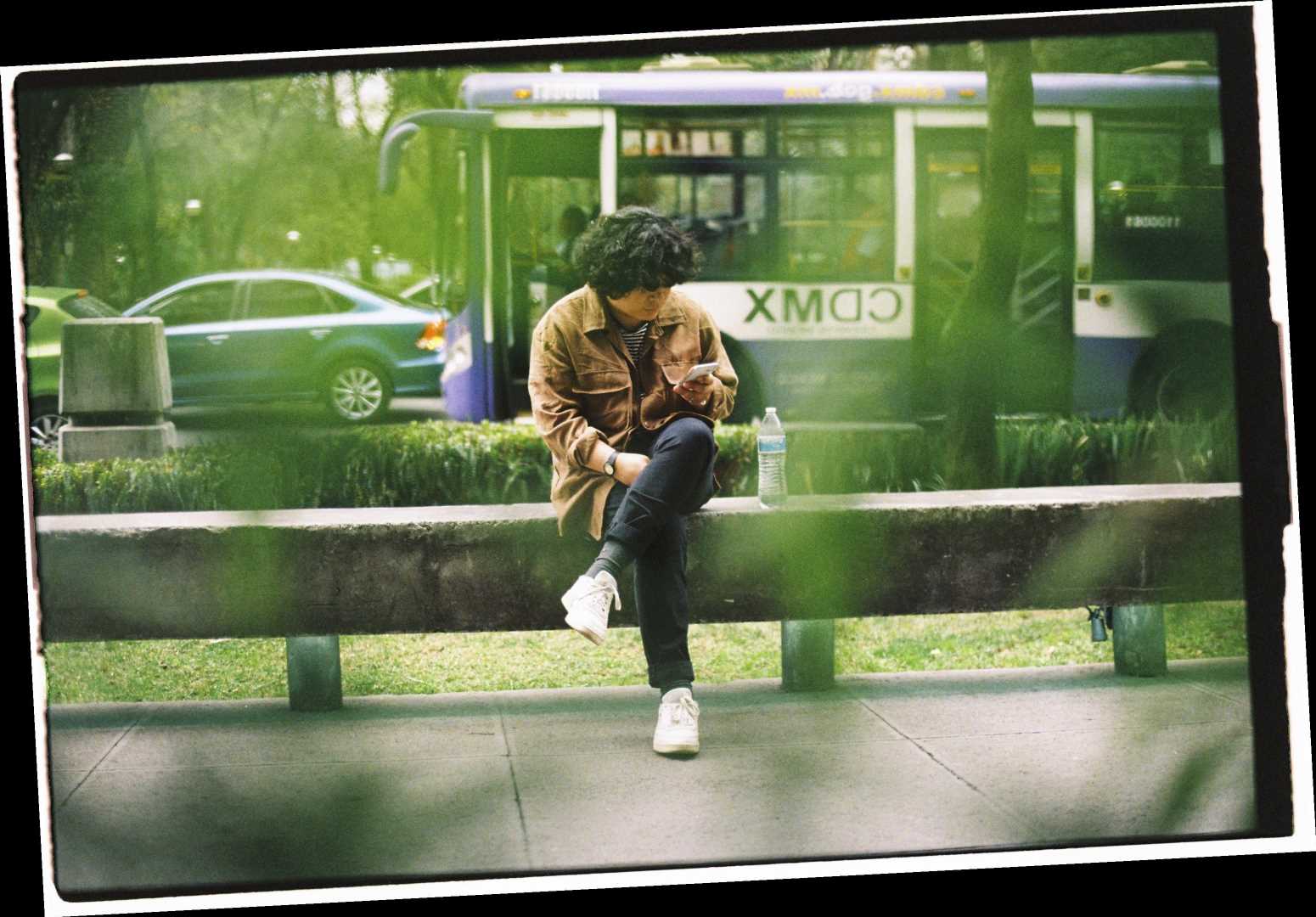 On a crisp January morning in Mexico City, Ed Maverick speed-walks towards a cozy café in Colonia Nápoles. The 19-year-old folk singer waves with a smile before settling down in the seat across from mine, hair still wet from a rushed shower. The night before was spent working late in the studio with producer Wet Baes, with whom Maverick has been crafting cuts for the follow-up to his 2019 EP, Transiciones.

Of the current wave of teenage talent emerging from Mexico, Maverick is its most visible ambassador — and a staple of many a playlist exchanged between young lovers. Recalling the legacy of Mexican folk revivalist and acoustic agitator Juan Cirerol, the raspy-voiced crooner pairs his earnest vulnerability with the no-frills candor of corridos. This formula seems to work for him: what started with dozens of sold-out auditorium shows in Mexico was followed by a sold-out tour across the U.S. and an upcoming appearance at Coachella. “It’s so cool,” he admits excitedly. “It literally feels like a dream.”

Ed Maverick’s meteoric rise began two years ago with the weepy lo-fi ruminations of mix pa llorar en tu cuarto, or “mix to cry in your room to,” which was produced by his frequent collaborator Eidan Velázquez. The mixtape built steady buzz on the underground success of lead single “Acurrucar,” later surpassed by the ubiquity of its follow-up, “Fuentes de Ortíz.” For the better part of 2019, the sullen breakup ballad blared from just about every store, restaurant and car in Mexico City.

Ozuna's New Song '100 Preguntas' Is a Valentine to Puerto Rico

Maverick, or Eduardo Hernández Saucedo, was born in Chihuahua and raised in the bustling Ciudad Juárez until age 7 — at the height of a bloody cartel turf war that plagued US-Mexico border cities during the late aughts. “One day they burned down one of our cars,” he says matter-of-factly. Uncertain if they had been targeted, or if they were merely caught in the crossfire, his family packed up and relocated to the modest stasis of Delicias: a sleepy town about an hour southeast of Chihuahua, and a soothing constant in his life. Later, after a brief but grueling stint living an artist’s life in Mexico City, he retreated back to the peaceful embrace of Delicias, leaving the breakneck pace of metropolitan life behind.

“There’s just too much happening here all the time,” he says in his distinctly cowboy-inflected Northern drawl. “Nothing happens in Delicias. Being there, I forget about Ed Maverick. I feel like I’m myself from high school again. That’s until I go out in public, at least.”

After nearly two years in the spotlight, the shy, unassuming teenager hasn’t quite gotten the hang of fame. He reminisces fondly on his musical origins playing drums in church and wedding cover bands, where cumbias and corridos gave him the first taste of the visceral connection between artist and audience. Music was and remains a refuge for the young star, still untainted by the cynicism and mental blockades that can arise from monetizing your art. Yet in the fall of 2018, when “Acurrucar” and “Fuentes de Ortíz” started to gain traction — and he got caught booking shows from under his desk in class — he decided it was time to drop out of high school and capitalize on the moment. That same year, he signed a deal with Universal Music Mexico.

“When I had my first autograph signing, I felt like I jumped that fence,” he says, mulling over the transition from indie obscurity to impending stardom. “That’s when people started making memes about me. It was bizarre because I could see things shifting … from being slowly inserted into the mainstream, then getting shit on by people. When I started seeing old guys commenting on my posts like, ‘Who the hell is that mop head?’ That’s when I knew I was in the thick of it.”

Anxiety has been a lifelong companion of Maverick’s, and as an avid Twitter user, he’s been open with fans about his struggles with mental health and social interactions. “I got to the point where I felt like I didn’t have an identity anymore,” he says. “Your perception of yourself stops being valid because everyone has something to say about you. You’re at an event and you meet someone and your first thought is, ‘What has this person heard about me?’ ‘What do they think about me?’ It’s a lot of pressure from just seeing one person.”

The age of social media has made virality an elusive but highly-sought path to success, canonizing ever younger, savvier personalities into household names. Billie Eilish and Cuco are prime examples of teenagers anointed into superstardom by way of online buzz and devoted community followings, but Maverick ponders the cost.

“It may sound that I’m victimizing myself,” he adds. “But the fact that everyone knows me and about me sends me for a loop. I sometimes wonder how Billie Eilish does it. Can she go to a store? Does she have to live in a bubble where everyone does everything for her? And if that’s the case, then fuck, that’s not life. It sucks how people refuse to empathize with artists.”

The lack of empathy reached critical mass in November of 2019, when mildly conventional online trolling snowballed into incessant harassment. The insult “Chinga Tu Madre Ed Maverick,” or “Fuck Your Mom Ed Maverick,” became a trending topic in Mexico, brandished across memes all addressed to his Twitter handle. He was inundated with direct messages shortly after — some carrying words of support, others advancing the insults.

“At first, it was whatever,” he remembers. “But there was a point where it crossed a line from trolling into harassment. I started to receive really disturbing messages, and some were just down right hurtful. I would receive these kind of bait-and-switch messages that started out as fan letters, talking about how they loved my music and then ended with, ‘Nah, chinga tu madre Ed Maverick.’”

That month, during a performance at Baby’s All Right in New York City, Maverick suddenly burst into tears onstage. Singing through sobs, he performed a rendition of a newly written song titled “Gente,” about the crushing social media maelstrom. A video of the performance went viral on Twitter the next day, sparking conversation on whether the joke had gone too far. Others saw it as an opportunity to push the dagger even deeper.

On November 27, 2019, Ed Maverick closed his Twitter account and relinquished control of his Instagram account to his management team. The next day he returned to Twitter, which he still runs, albeit much much more sporadically. He is aware of his missteps, regretful of his own participation in the online firestorm. He also admits to some unfortunate tweets he wrote in February 2018, where he compared homosexuality to pedophilia. Though he’s not proud of tweets he wrote at age 16, he assures me now that his comments were utterly incorrect, and believes it necessary to highlight those mistakes — because they too are part of his journey.

“As long as it demonstrates that the artists making it right now are willing to show our human side, I’m happy to keep talking about it,” he reflects, summing up the haunting chapter he’s now lived for nearly six months. “If it can lead towards a more empathetic audience, and the next generation of musicians coming up doesn’t have to deal with this shit, I will gladly keep talking about it. It’s not about pretending it doesn’t hurt. That doesn’t serve anyone.”

After a much-needed breather, Maverick decides to step out for a walk. The sun is now high in the sky, and the unmistakable smell of greasy Mexican street food fills the air. As we stroll through the park, Maverick boasts of the new, more psychedelic sound he’s been working on with Wet Baes. He’s also co-written songs with his bandmate Andrea (Andru) Martínez of Holbox and Vaya Futuro, and cramming on Mac DeMarco, Weyes Blood, Animal Collective and La Bruja de Texcoco for inspiration.

Most of all, he’s excited to be working again — creating, fantasizing about epic jam sessions with friends and mentoring new artists. He describes his band as his support system when tour exhaustion and social media got the best of him. Music truly is Ed Maverick’s happy place, and not a single rockist Internet troll can change that.