Succession star Sarah Snook was one of several cast members from the HBO series to snag an Emmy nomination this year. Snook heard the news while staying with a friend in her home country of Australia. How did the Succession cast member react?

The actor Sarah Snook, for example, “is up for supporting actress in a drama series for her work as Shiv Roy on the second season of the hit HBO,” at this year’s ceremony, per Variety. How did she react to hearing about the nomination?

According to a recent podcast for Variety called The Big Ticket, Australian actor Snook “was sleeping at friend’s house in her native country” when she heard. Her friend, apparently, “was the one who woke [her] up” to give her the good news.

“He ran into my room,” the Succession cast member shared. “He went and bought some Prosecco and flowers and we were like, ‘Cheers.’ And then, crickets.”

However, Snook chalked up the anti-climactic nature of the moment more to the current global situation than the award nomination.

“There’s like nothing going on,” the actor told the podcast host. “What do you do?”

“That’s, by the way, what I feel like what the actual event will be like as well in some ways,” Snook explained. “It’s so distant and so surreal. Will it ever have happened, apart from like in my fantasy and dream? I don’t know.”

What is Snook planning to wear to the Emmy Awards this year? 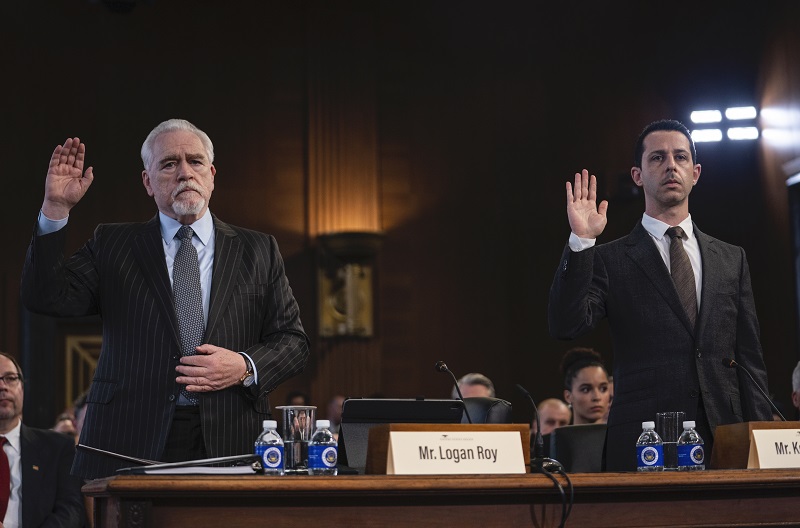 Overall, Succession received a whopping 18 nominations for the 72nd Emmys.

“I’m so proud of everybody,” Snook said on the podcast. “All the crew as well, the technical production nominations, the production design and obviously [composer] Nicholas Britell.”

And what is Snook wearing to the 2020 virtual Emmys?

“I don’t know,” the actor acknowledged. “Is it we could just wear whatever we want? I don’t know how they’re going to do it.” She has a couple of fun ideas in mind, however.

“I could go like full tux,” the Succession star offered, “and just subvert the norm and be in a pajama tux.”

Snook reflects on ‘Succession’ Season 2; what was her favorite scene from the HBO series?

Snook also reflected on her favorite moment as an actor on Succession Season 2.

“Oh, I’m going to head-to-head with Brian [Cox], the titan. Oh, no. I’ve really got to prove that I am worth being on the show,” she remembers thinking at the time.

While the Succession star was grateful that they were “offering Shiv a really good storyline this season,” she was racked with panic that she would mess it up.

“They’ll be like, ‘See, oh, no, no, no. We can’t give her this storyline. She doesn’t have the chops. We’ve got to rewrite the whole season,’” Snook worried. Clearly, Snook had nothing to be concerned about — and we can’t wait to see what she does in Succession Season 3.