Will Ferrell Had To Be Rescued After Getting Lost with No Money in Switzerland! 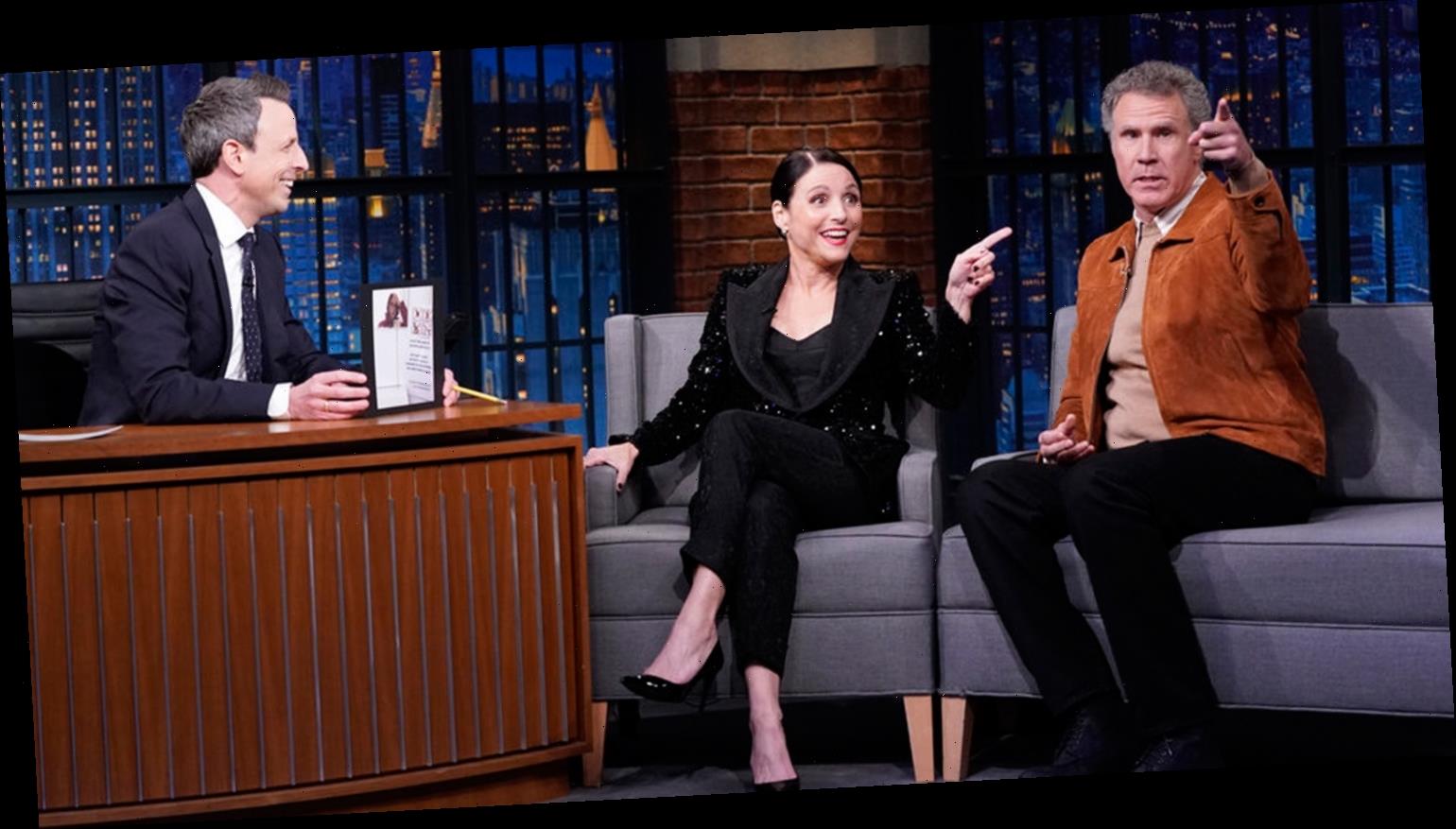 Will Ferrell and Julia Louis-Dreyfus stopped by Late Night With Seth Meyers on Thursday (February 13) to promote their new movie Downhill, and told some hilarious stories about what went down while filming the comedy.

The 52-year-old actor shared totally hilarious story about him getting lost after skiing downhill to Switzerland while on location.

“The second resort we were in, called Ischgl, shares the border,” Ferrell explained. “There were little signs, like, ‘This way, Switzerland.’ I’m, like, let’s do it. So I’m by myself, I’m skiing down, I was like, this is so lovely and, like, but I don’t see a chair lift back at all. And I end up in a small town in Switzerland. Gone for, like, three hours. I have to figure out, like, a bus and a tram. I had no money.”

Will joked, “The Swiss are naty. To get cornered by a bunch of Swiss, chanting at me. Pelting me with Rolex watches. Hard chocolate candies. It was harrowing.”

Director and Writer Jim Rash, who joined the actors later in the show, seems to have hoped for a different outcome: “We were actually upset that he came back. We were like, we did it. But he found his way back, so, you do what you can,” joked Rash.

Click inside to watch more of their appearance on Late Night…