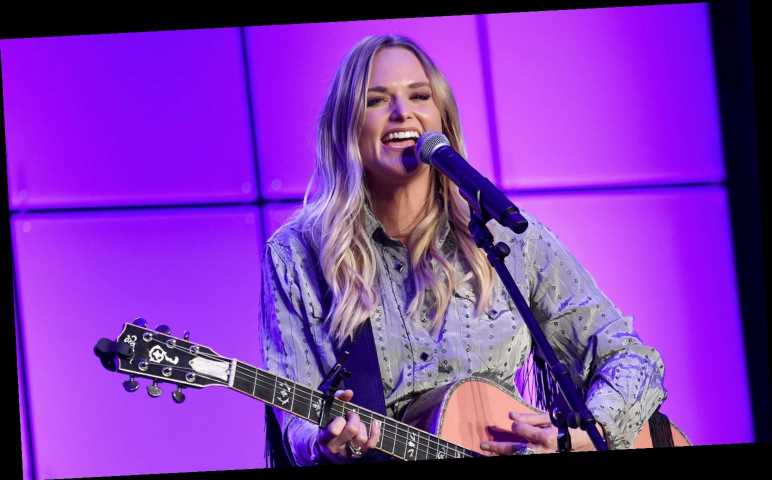 Chevel Shepherd was sitting front row at CMT’s Equal Play launch event on Tuesday night, listening intently to distressing numbers from musicologist Dr. Jada Watson: that women make up only 10% of rotation on the country airwaves. Fresh off winning season 15 of The Voice in 2019, the 17-year-old Shepherd was in Nashville this week to begin her transition from television star to bona fide country artist at her first Country Radio Seminar — and to begin to understand how those thousands of votes she received on a reality show could translate to nothing when it comes to the country radio charts. If you’re a woman, that is.

For artists like Shepherd, this is both an optimistic time to be a woman in country music (with initiatives like CMT’s Equal Play, in-depth research from the likes of Dr. Watson, active advocacy groups like Woman Nashville and Change the Conversation, and Maren Morris’ “The Bones” running two weeks at Number One) and a discouraging one. After all, Shepherd was only 12 when “Tomatogate” first made waves, and the country radio industry has moved at a snail’s speed ever since, leaving organizations like CMT — which isn’t even a radio station — to pick up the slack. Also, it’s taken eight years for a solo female artist to achieve what Morris has just done, land a song atop the Billboard Country Airplay chart for two consecutive weeks.

It’s CMT that finally commissioned media research firm Coleman Insights to debunk the myths that have plagued country radio for years — that women don’t want to hear women, and that listeners are inclined to turn the dial when they hear a female voice. Led by Coleman Insights’ Sam Milkman and Jessica Lichtenfeld, and moderated by CMT’s Leslie Fram,  the research (polling 1,000 users) found that 84% of all listeners want equal play for female artists and seven in 10 of listeners want more female artists in country music. And that 28% of listeners would listen to country radio more if more women were played. In other words, increasing the number of female artists in rotation would be good for ratings.

But back at CRS in 2007, Coleman was singing a different tune: They were presenting numbers to programmers from across America that showed how male artists “outperformed” women, based on data complied from one — yes, one — station in Houston, Texas, and with notoriously flawed and biased “PPM” (portable people meter) data. But it’s not the data itself that is most alarming. It’s the casual way they integrate claims about listener preferences, claims that have gone on to feed the same exact “women don’t want to hear women” myth they seem to have now debunked.

“Male artists perform better than female artists,” their 2006 research found — again, research that polled one single radio market, and didn’t account for the fact that if women aren’t played, it’s pretty difficult to like them. “If female artists were not being played at high levels at the time, then many of them would not be as familiar, and that would impact behavior when one of their new songs came on,” Milkman now admits. “That’s another example of the self-fulfilling prophecy of not playing as many female artists.” Still, the research remains public, and when asked by Rolling Stone Country if Coleman’s new study with CMT deems the previous one void, Milkman disagreed.

“Do I feel the new study voids those results? No, that study was limited to behavior in a very narrow context, this new study is all about perceptions nationwide,” says Milkman. The anonymous advocacy group Woman Nashville, who has pointed to the 2006 study numerous times, says the damage was already done. “It’s important to remember that people used to parrot the ‘men perform better than women’ myth, and some still do, as if it were fact,” a representative for Woman says. “Coleman’s own report represents it as common industry knowledge. We are in the same place we’ve been for two-and-a-half years now, which is women trying to pile data upon data upon report upon listener feedback upon artist feedback, all to try to disprove something that appears to have never been proven by the industry itself. Why are we all having to work so hard for something that seems to keep being revealed as fictional?”

At a panel on Thursday called “All the Singles, Ladies: Breaking Female Artists,” panelists confirmed that they had indeed heard all the same myths over the years. To CRS’ credit, this is a session that never could have happened three years ago, when denial was the name of the game. At this year’s symposium, women were placed at the forefront: CMT kicked it off with the Equal Play event, conversations with Miranda Lambert and Carrie Underwood were centerpieces, Kelsea Ballerini headlined the Amazon Music concert, and Mickey Guyton, Caylee Hammack, and Underwood carried some of the breakout performances of Team UMG’s annual Ryman Auditorium luncheon showcase. The efforts felt substantial.

Guyton, in particular, received a standing ovation for her new song “What Are You Gonna Tell Her,” a stunning ballad about how the world dishonors the dreams of young girls – and how devastating the truth of misogyny actually is. Guyton would know. Her debut single, “Better Than You Left Me,” should have easily been a hit but it never cracked the Top 30. The same people who stood in those Ryman pews, eating the provided boxed lunch, refused to play it.

CRS certainly seemed to portray an environment where women were valued, if not filled with programmers who actually played their songs. As you entered the Omni Hotel, where CRS events take place, a sign by Radio Disney was the first thing to greet attendees. “Let the Girls Play,” it reads.

Even so, there were moments that felt frustratingly stuck in the endless cycle of talking about the problem without offering anything tangible to solve it. And while the “All the Singles, Ladies” panel did offer some constructive conversation and ideas — namely, let go of the myths and reliance on research and take some risks — many of the old excuses also made their way into the mix.

But is it? If you look at last year’s class of New Faces, the annual group of rising artists that close CRS with a coveted showcase, all of the male artists (Jimmie Allen, Russell Dickerson, Dylan Scott, the band Lanco) had Number One songs. The one female artist, Lindsay Ell, has yet to score the same as a solo artist. (This year’s New Faces lineup includes two women artists: the songwriter Ingrid Andress and the trio Runaway June.)

The lingering feeling of trying to fill a water glass with a hole in the bottom continued all across the seminar, particularly when it came to Ashley McBryde. “We have another goal in our sights,” Warner Music Nashville chairman John Esposito told the crowd at the label’s luncheon. “to break Ashley McBryde. She’s proven she deserves to be in this format, she belongs in this format, she deserves your attention.” Garth Brooks played her song “Girl Goin’ Nowhere” on Thursday night, and at the “All the Singles, Ladies” panel, Deaton declared, “if you’re not playing Ashley McBryde, wake up.”

McBryde’s first single was released in 2017, her EP in 2016. She’s won CMA awards and been nominated for Grammys. Why hasn’t she broken already?

“I can’t play shows if I’m not heard,” Lambert said. “I need them to hear new music, because they’ve seen me several times. When they’re weighing out, ’Do I go see Luke Combs or Miranda? I’ve seen her several times.’ It’s nice to have a new song — or seven — you can promote. That helps.”

It was Lambert’s manager, Marion Kraft, who had some of the most sage words of CRS at the “All the Singles, Ladies,” panel. “We need more shepherds and less sheep,” she urged.

“Sheep” is a fair euphemism: in this week’s special print CRS edition of industry trade Country Aircheck, a new survey looked at top factors influencing new adds on country radio playlists. “Corporate Mandate” went from not being a factor in 2016 to having the highest rise in influence: from 60.6% last year to 80.9% this year. Most of the other factors where a woman can gain ground — local streaming data, social media — were all down to the twenties.

A corporate mandate is when a large radio conglomerate dictates what is played. And how do artists make it into those coveted spots? “Corporate mandates are all about payola,” one radio programmer tells Rolling Stone Country, who asked to remain anonymous. “A big corporation isn’t going to do something like that without some kind of ‘consideration.’ They just use indie promoters as an intermediary. It wouldn’t be straight cash on the barrelhead. It would come in the form of ‘free’ shows for a company’s largest stations. Or a commercial ad buy. Or paying for station billboards, buying swag for stations, comping trips to conventions, that kind of thing.”

So while “All the Singles, Ladies,” offered some constructive ideas to increase the number of women in rotation — a very welcome conversation — the PDs present were some of the few who do actually play female artists, and have the independence to make autonomous choices about their playlists. Many others? Not so much. They’re often beholden to those top-down mandates, directed by corporations, like iHeartMedia, who are relying more and more on automation. And if a company can make a corporate mandate to play a new song by a male artist, they could, like CMT has pledged, technically make a mandate to bring more women into new rotation as well.

“Of course,” the program director says.

“I‘m proud to be a female country singer and am proud of the music the women in this format continue to create,” says Shepherd, who turned down the record deal that accompanied her Voice win so she could make a traditional country album more true to her vision. “Country is who I am. Fans are voting on TV, with the tickets they buy and by keeping records by women on their playlists. We just need radio to be more like their listeners, our fans, and show action.”

But as Guyton sang on Thursday, what are you going to tell her when she’s wrong?