Women have been sharing their experience of miscarriage on social media, with many claiming the care they received under the NHS wasn’t good enough.

Feminist campaigner Caroline Criado Perez asked people on Twitter to comment on the care they’d received after suffering a miscarriage, detailing her own experiences.

Criado Perez told her 119,000 followers that when she’d lost a baby, she’d ‘had to go into the same department as all the happily pregnant women and new mums.’

She said it had made ‘what was already an extremely painful situation so much harder to bear’. 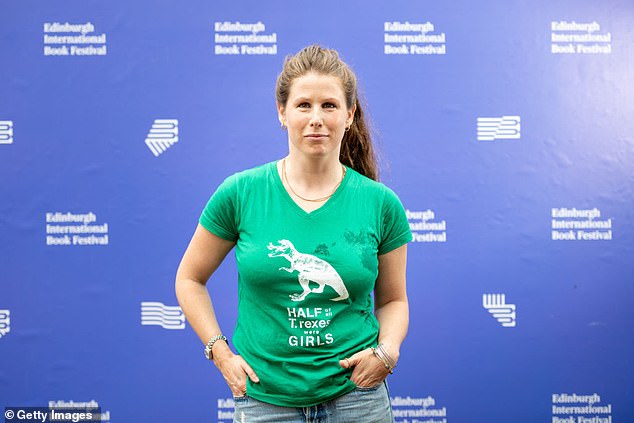 Campaigner Caroline Criado Perez is urging NHS England to ensure women who’ve miscarried aren’t treated on labour wards, as she was, an experience she told her Twitter followers this week ‘which made an extremely painful situation so much harder to bear’

After getting dozens of responses from women who said they’d suffered traumatic experiences while having a miscarriage due to insensitive care, Criado Perez said she was ‘furious’ on their behalf

The campaigner referenced the case of Louise Caldwell from East Kilbride, who successfully won her fight last week to stop those who’ve suffered a miscarriage or stillbirth being treated alongside pregnant women on labour wards and in maternity units.

Caldwell, a mother-of-three, lost a baby in 2019 and was horrified at the ‘insensitive’ treatment she received, which included delivering her baby, lost at 11 weeks, on a labour ward, where live births were going on.

She told the BBC in 2020 she had to pass a man on her way into the hospital who’d just become a father and was faced with dozens of photos of new babies and thank you cards to maternity staff for safe deliveries.

She said: ‘You’re passing rooms, and your head knows, your heart knows, that there are women giving birth in these rooms.’

She said she would be ‘haunted’ by the experience for the rest of her life and started a petition in August 2020 to change the way maternity departments work to ensure people who’ve lost a pregnancy don’t have to be treated alongside pregnant women and new mothers. A new policy has now been put in place by NHS Scotland as a result of Caldwell’s petition.

Sharing her own story on social media this week, Criado Perez urged NHS England to adopt the same policy, writing: ‘Please read the responses to this thread and change the way we treat miscarriages. It’s traumatising, dehumanising and wrong.’

She said the responses that had followed on the thread had left her angry, writing: ‘It’s impossible to read the messages (many of them DMs) I’m getting in response to this and not to feel FURIOUS.’

Among the responses were many from women who struggled with their lost baby being referred to as a ‘product of conception’.

@pauliwauli2 wrote: ‘Young male doctor, as I was sobbing, immediately after miscarriage – “it was just tissue”‘

@EmmaHickey_ added: ‘Not being asked “have you seen anything that resembles the products of conception” by a junior doctor. I had no idea what she was referring to and was horrified when it became clear. Hoping things have moved on since then.’

@TetchyB***h replied: ‘Unfortunately it hasn’t. I was asked the same thing last year.’

Others said they’d simply been treated insensitively by staff.

@ClareEParedes wrote: ‘Not passing through department with other pregnant women – had to try to hide my tears as didn’t want to scare them.’ 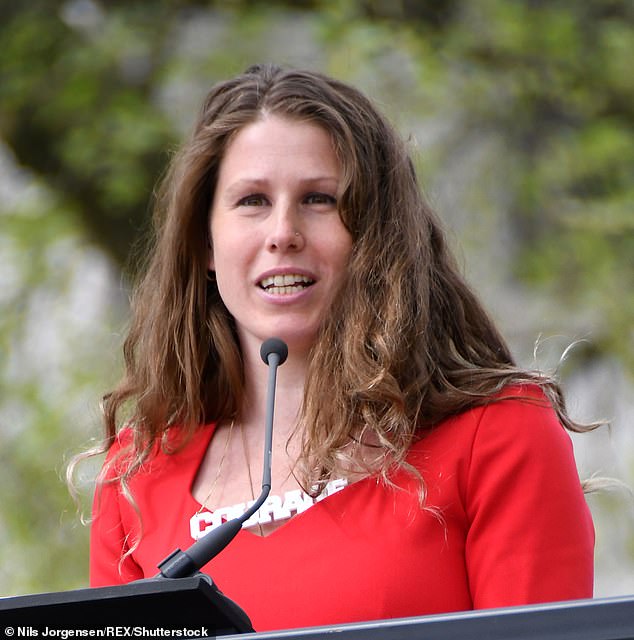 Criado Perez, pictured, said she’d been left ‘furious’ by the responses on Twitter from women who’d had miscarriages and urged NHS England to make a policy change that keeps those who are losing/have lost a baby separate from labour wards where live babies are being born

@clarecpeacock added: ‘A good start for me would’ve been not being left sobbing on a seat in a hospital corridor, people walking past constantly, staring at me and my husband curiously, while we waited ages to see the Dr after being told there was no heartbeat at 9w scan.’

@ladyduckpojok wrote: ‘I had 3 consecutive miscarriages in the NHS. The whole thing was a terrible ordeal, because of the losses themselves but also because of the way I was treated: from the nurse who told me with a laugh “third time lucky!” right after the sonogram that showed my 2nd foetus had died.’

An NHS spokesperson told MailOnline: ‘It is important to treat each case sensitively, and the NHS asks that all hospitals provide women with appropriate facilities and support when they have a miscarriage, including access to emotional support and a private bedroom away from birthing areas.’

What causes a miscarriage?

It is highly unlikely that you will ever know the actual cause of a one-off miscarriage, but most are due to the following problems:

The most common cause of miscarriages in the first couple of months is a one-off abnormal development in the fetus, often due to chromosome anomalies. ‘It’s not as though the baby is fine one minute and suddenly dies the next,’ says Professor James Walker, Professor of Obstetrics and Gynaecology at the University of Leeds.

‘These pregnancies fail from the outset and were never destined to succeed.’ Most miscarriages like this happen by eight weeks, although bleeding may not start until three or four weeks later, which is worth remembering in subsequent pregnancies. ‘If a scan at eight weeks shows a healthy heart beat, you have a 95 per cent chance of a successful pregnancy,’ says Professor Walker.

A hormonal blip could cause a sporadic miscarriage and never be a problem again. However, a small number of women who have long cycles and irregular periods may suffer recurrent miscarriages because the lining of the uterus is too thin, making implantation difficult.

‘There used to be a trend for progesterone treatment, but trials show this really doesn’t work,’ warns Professor Walker. ‘There is some evidence that injections of HCG (human chorionic gonadotrophin, a hormone released in early pregnancy) can help, but it’s not the answer for everyone.’ The treatment must be started as soon as the pregnancy is confirmed, at around four or five weeks.

Around 20 per cent of recurrent miscarriers suffer from lupus or a similar auto-immune disorder that causes blood clots to form in the developing placenta.

A simple blood test, which may need to be repeated several times, can reveal whether or not this is the problem.’One negative test does not mean that a women is okay,’ warns Mr Roy Farquharson, consultant gynaecologist who runs an early pregnancy unit at the Liverpool Women’s Hospital.

Often pregnancy can be a trigger for these disorders, so a test should be done as soon as possible,’ he adds.But it can easily be treated with low dose aspirin or heparin injections, which help to thin the blood and prevent blood clots forming – a recent trial also showed that women do equally well on either. ”We have a 70 per cent live birth rate in women treated for these disorders,’ says Dr Farquharson, ‘which is excellent.’

While uterine abnormalities, such as fibroids, can cause a miscarriage, many women have no problems carrying a pregnancy to term. An incompetent cervix can also cause miscarriage at around 20 weeks.

While this can be treated by a special stitch in the cervix, trials suggest it is not particularly successful, although it may delay labour by a few weeks.Gene and chromosomal abnormalities, which can be detected by blood tests, may also cause recurrent miscarriages in a small number of couples.

A procedure known as preimplantation genetic diagnosis can help. After in-vitro fertilisation (IVF), a single cell is taken from the developing embryo and tested for the gene defect. Only healthy embryos are then replaced in the womb.

It is an expensive and stressful procedure – and pregnancy rates tend to be quite low – but for some this is preferable to repeated miscarriages or a genetically abnormal baby.