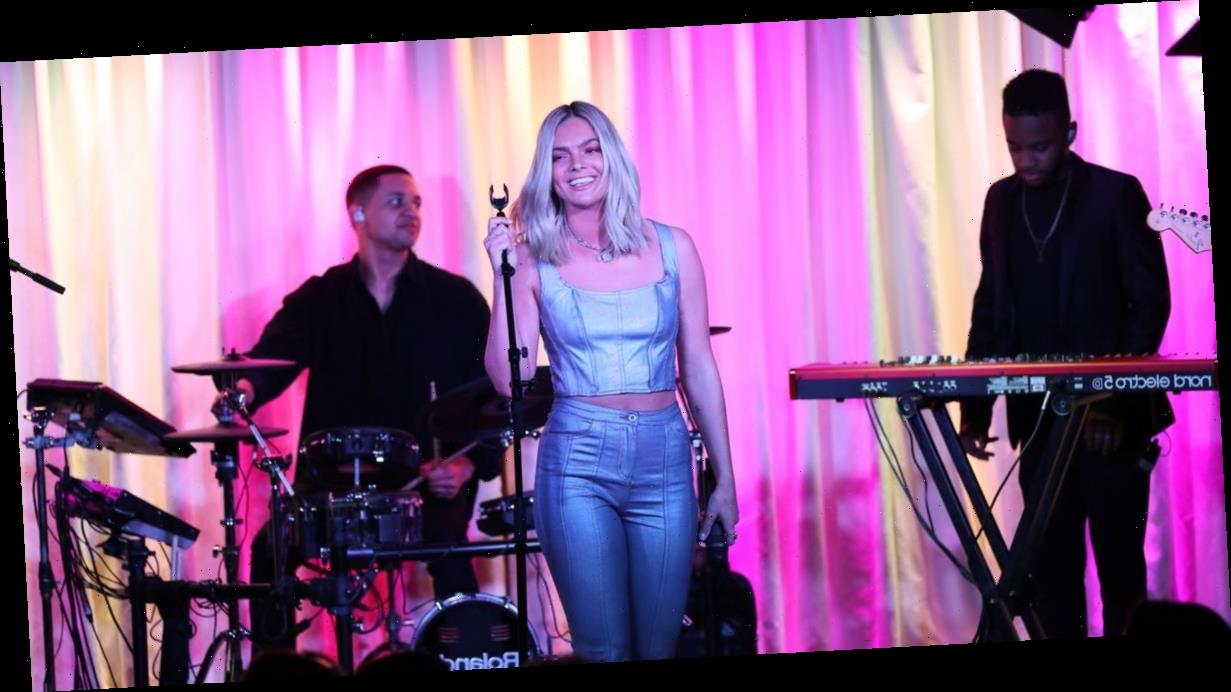 X Factor babe Louisa Johnson made her grand return to the stage this week after taking a break away from the spotlight.

The chart-topper, who won Simon Cowell's hit singing show in 2015, looked hotter than ever in a skintight two-piece.

Oozing sex appeal, Louisa flaunted her gym-honed frame as she belted out her hits to celebrate the launch of Wednesday Originals at the venue.

Beaming away to the audience, the 22-year-old admitted she had been nervous to perform after taking time out from the music scene.

Despite winning X Factor half a decade ago and enjoying chart success with her singles, Louisa is yet to release an album.

Speaking in December 2016, Louisa revealed her album was all but complete, however, for unknown reasons it never saw the light of day.

"I want to have a few singles out before I release my album," she explained at the time.

The pop starlet went on: "It is nearly done but I don't want to put a date out just yet but it will definitely be out 2017.

"I have all these songs and I want choose which represent me the most.

"It is all very positive but I do want to make sure it is right for me," she added.

Over the past few weeks, the Essex girl has been teasing the arrival of some new music.

The starlet shared a short 10-second clip of her in the recording studio.

Gushing over her comeback, one fan praised: "So excited to finally hear some original music from you, this is your year."