Let’s get this out the way: President Xi Jinping isn’t going to attend the UN-led climate talks in Glasgow next month. At least, it seems highly unlikely at this point. But is it a snub? Curtains for the climate? A blow for international cooperation? Not so much.

Yes, the stakes of COP26 are high; countries need to increase their commitments fivefold to reach the 1.5 degrees Paris goal; the poorest and most climate vulnerable countries urgently need assistance on climate finance; the coal industry finally needs to be sent packing. 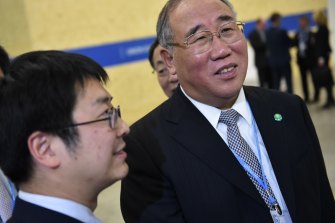 And, of course, there’s no way to address climate change without China, the world’s largest emitter by volume. But China hasn’t pulled out of COP26. Its top negotiators will still be there, including veteran envoy Xie Zhenhua, who was critical to the success of Paris and has a deep working relationship with his US counterpart John Kerry; and Xi will surely be taking an interest.

President Xi hasn’t travelled abroad since a trip to Myanmar in January 2020. Even his opening remarks this month at the UN Convention on Biological Diversity, in China’s southwest, were delivered remotely. But his recent statements at the UN mattered.

In so doing, Xi signalled that climate will be an irrevocable part of his personal political legacy; that China plans to stay the course on climate, despite rising geopolitical tensions in other areas; and to the domestic bureaucracy, made clear that decarbonisation policies are of high importance. But this is no altruistic gesture; neither is it even indicative of a cooperative stance internationally. 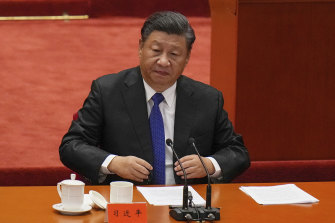 Xi Jinping is unlikely to show at Glasgow but it is the least of the world’s worries.Credit:AP

Climate action is in China’s national self-interest. China is highly vulnerable to climate change. Its major economic hubs are built mainly in low-elevation coastal areas, and are highly exposed to changing coastlines, rising sea levels, and typhoons. Flooding poses disaster risks in the south, as seen tragically this summer. Water scarcity is a chronic problem in the north. Public concern about air, water and soil pollution is high, and the party stands to maintain popular legitimacy by acting decisively on these issues.

Moreover, climate action helps China’s political-economic goals. China has used the shift away from polluting and energy-intensive industries to move the economy “up the value chain” towards innovation and services; it is positioning itself as a leading global supplier of clean technologies (China accounts for 80 per cent of global solar photovoltaics production and 90 per cent of new wind power installed in Asia last year) and thus stands to benefit from a carbon-constrained world.

And yet, it sadly isn’t enough. China has not yet put an end to building domestic thermal coal generation and production. The 14th Five-Year Plan (for 2021 to 2025) contains language on “promoting the clean use of coal”; 43 new coal-fired power plant units were announced in the first half of this year; these will emit an estimated 150 million tonnes of CO2 a year if approved and built, according to the Centre for Research on Energy and Clean Air. In short, China continues to hedge its targets. It has not yet submitted an enhanced pledge to the UN climate convention (known as a nationally determined contribution, or NDC), but its pledge to peak domestic greenhouse-gas emissions by 2030 is relatively unambitious; its Five-Year Plan also could have contained an absolute cap on CO2 emissions, but it didn’t.

This can also largely be explained by domestic politics and economic concerns. Contrary to common assumptions, Chinese policymaking is neither smoothly technocratic nor necessarily well planned: there is a balancing act among elite factions, and between core and periphery. Environmental lobbies within China’s leadership still face an uphill battle to increase domestic ambition when faced with powerful incumbents. Concerns about employment in China’s rustbelt, energy security, and economic stability — see recent wobbles over Evergrande — face off against an argument for low-carbon growth that is equally rooted in political economy. This contentious domestic debate will, in turn, affect China’s eventual negotiating position, and, at the very least, puts limits on its diplomatic flexibility at Glasgow.

It’s possible that China falls back on a familiar script at Glasgow and takes an aggressive diplomatic posture, when instead some loftiness is needed to achieve multilateral commitment and progress. There are critical areas where China could instead demonstrate leadership, by enhancing its targets, ramping down domestic coal, and championing the 1.5° degrees target. But China isn’t the only one that will need to step up. US President Biden might have re-joined the Paris Agreement, but unless he helps to close the yawning gap on the annual US$100 billion climate finance goal agreed at Paris, it will further entrench mistrust in the global south. Australia plays a role, too: its climate finance contributions have been meagre (“critically insufficient”, according to Climate Action Tracker) and its support for fossil fuels overseas continues. If the rich world fails to demonstrate solidarity and leadership, it will have no moral standing to criticise China. If the talks can’t get back on track, President Xi’s absenteeism will not be the reason and will be the least of our problems.

Dr Sam Geall is the chief executive of Chinadialogue.net and an associate fellow at Chatham House.

The Opinion newsletter is a weekly wrap of views that will challenge, champion and inform your own. Sign up here.