Zayn's Sister, Waliyha Malik, Shared a Cryptic Post About Karma Amid His Drama with Yolanda Hadid

Welp, members of the Malik family are officially weighing in (albeit pretty cryptically and only vis Instagram Story) about Zayn’s reported altercation with Gigi Hadid’s mother, Yolanda.

Zayn’s sister, Waliyha Malik, took to IG this week to share several Story posts in support of her brother.

“Family. We may not have it all together, but together we have it all,” Waliyha wrote in the first of several IG Story updates that seemed aimed at news of Zayn’s ongoing drama with his in-laws. “All we need. @zayn you are so loved by us all.” 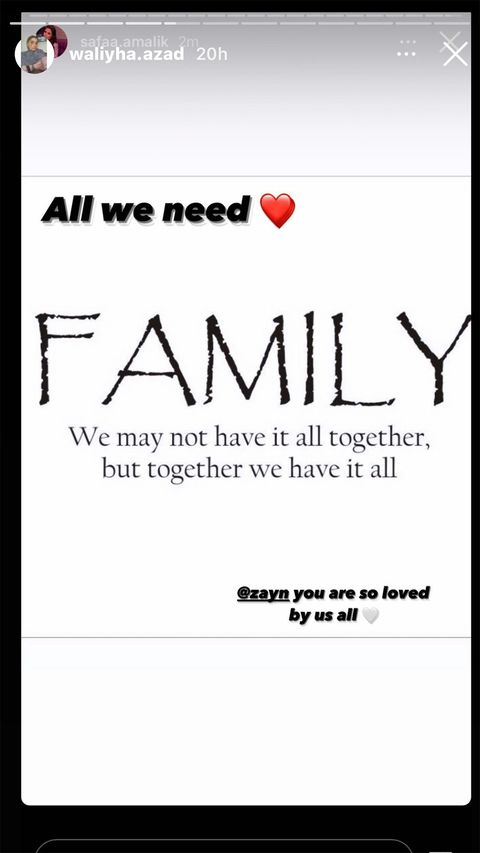 Next, Waliyha took things in a much more cryptic direction, sharing a quote about karma, which she attributed to young adult author Jessica Brody. 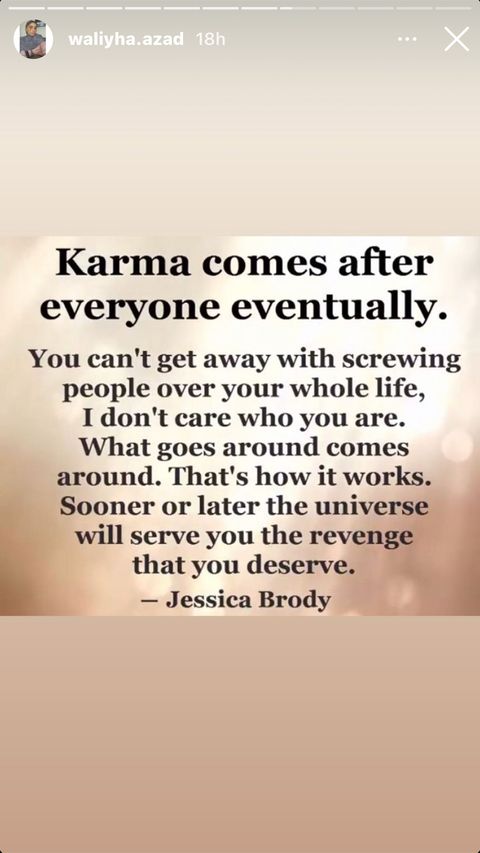 Later, Waliyha followed up with a post that included a quote that People reports comes straight from her brother’s 2016 memoir, Zayn, and was decorated with several red heart emojis (just in case it wasn’t clear where her love and loyalty lie in all this). 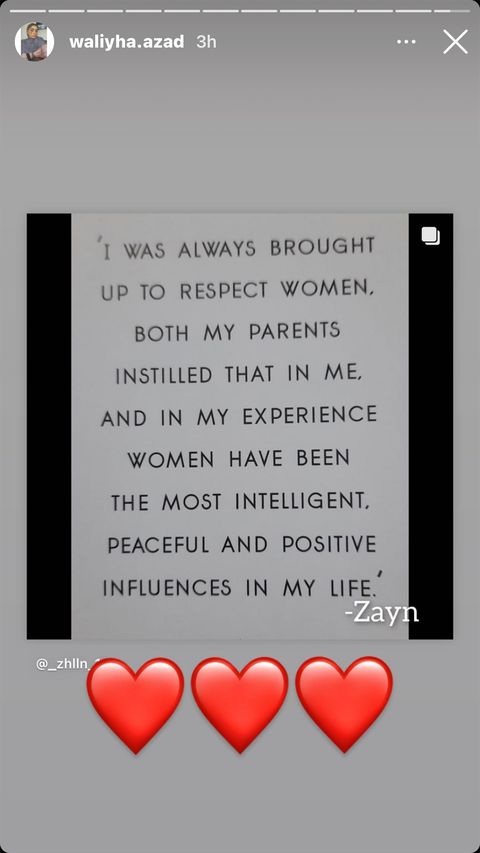 Waliyha’s posts come amid reports that Zayn has been charged with four counts of harassment against Gigi and Yolanda and that the singer pled no contest to charges related to an alleged explosive argument with Yolanda that went down at his and Gigi’s home in Pennsylvania—although Zayn has directly denied ever “striking” Yolanda.

“I adamantly deny striking Yolanda Hadid and for the sake of my daughter I decline to give any further details and I hope that Yolanda will reconsider her false allegations and move towards healing these family issues in private,” he told TMZ.

You can read more about the allegations here.